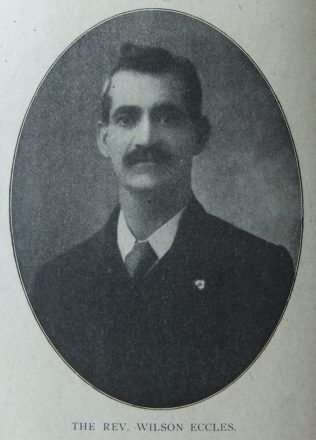 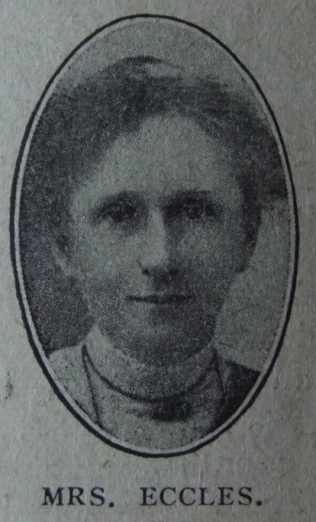 Wilson was born in 1867 at Tadcaster, Yorkshire, to parents Joseph Eccles and Rachel Chappell. Joseph was a local preacher and earned his living as a potter. Rachel worked as a dressmaker.

Wilson qualified for the scholastic profession.

Wilson’s obituary records that he was a keen student of the Bible and of good literature, reading wisely, widely and well. In the pulpit he ever gave of his best, for he loved to preach that souls might be won for his Master. His pastoral ministry was of high order.

Wilson acted as a visiting chaplain to seven hospitals in Plymouth during the war years.

As an administrator, Wilson revealed great skill and wisdom. He was for some years Secretary of the Hartley College Committee. Wilson was Secretary of Conference in 1919.

He possessed a keen sense of humour and a charming personality.

Wilson married Kate Watson (1873-1955) in the summer of 1894. Kate was the daughter of Dr John Watson. Census returns identify one child.

H B Kendall, Origin and History of the PM Church, vol 2, p79