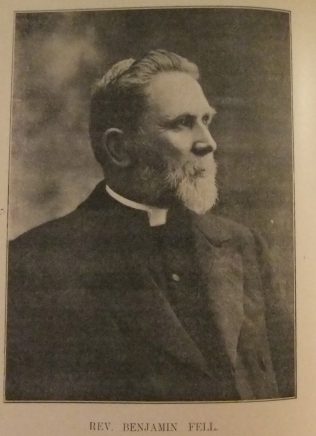 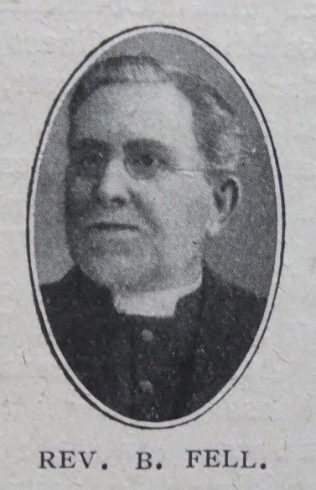 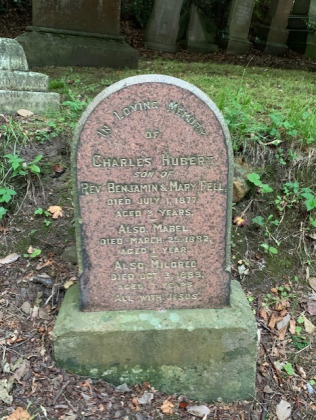 Benjamin was born on 29 October 1845 at Kilpin, nr Howden, East Yorkshire to parents Benjamin Fell and Sarah Nicholson (see comment below). His parents provided a home for the early preachers for forty years. His father was a class leader and worked as a shopkeeper.

Benjamin cited the date of his conversion as 18 March 1860. Three years later he became a local preacher. His first appointment to Epworth in February 1868 was to supply for a minister whose health had failed.

Probably the most momentous event of his life happened in 1880, when he came into contact with Revs. Inskip, Macdonald and Wood, three American ministers, who visited in that year on a Holiness Mission. This provided a new and powerful stimulus for his work. Many other brethren shared his experience, and “An Association for the Promotion of Holiness” was formed. Benjamin became the first secretary, and for many years was its guiding genius.

His obituary records that in public life, Benjamin was distinguished as an evangelist, a pastor and an administrator. His knowledge of theology, grip of doctrine, clear and forceful teaching, presented in a pleasant and persuasive style, made his ministry not only vigorous but convincing.

Benjamin was a familiar figure at Conference, being six times elected by his districts to attend. He was Secretary of Conference in 1908.

On superannuating in 1913, Benjamin settled in Liverpool, joining the Prince’s Avenue Church. He was called to serve the Liverpool IV circuit in the absence of Rev P.J. Fisher, who was called to Army service as a Chaplain.