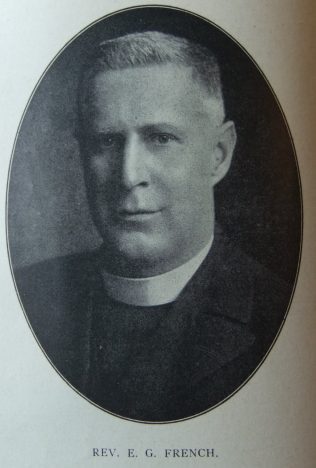 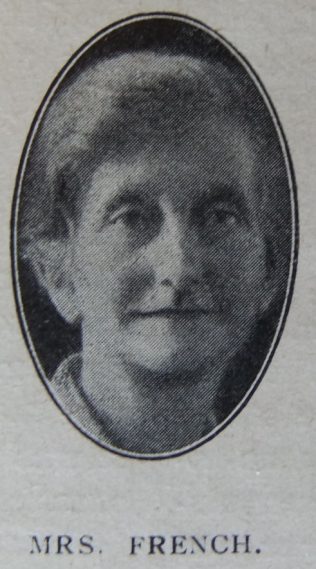 Ernest was born in 1872 at Bedford, Bedfordshire, to parents John Redhead French and Lavinia Gregory. John was a PM Minister.

After completing his education, Ernest worked for seven years in a large grocery firm at Romsey. There he became a local preacher and was recommended for the ministry. He entered Hartley College in 1897.

His obituary records that Ernest was of kindly and solicitous disposition, a faithful preacher and pastor, a capable administrator, serving the churches with untiring zeal and devotion, sustaining the prosperity of his circuits, and winning the esteem and confidence of his people. While labouring in the Brentford and Hounslow circuit, a serious illness left his once robust and vigorous physique weakened, and he was compelled to relinquish the active ministry in 1937.