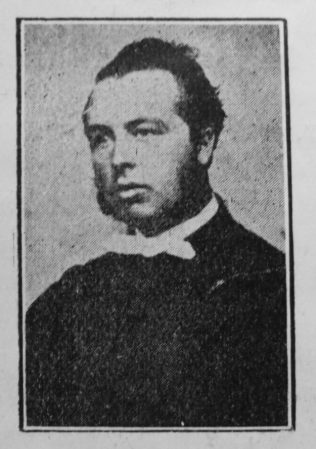 Transcription of Obituary in the Primitive Methodist Magazine by Henry Bennett

The Rev. William Filby was born July 28th, 1836, at Kilkenny, Ireland, and entered the Homeland at Ipswich on Sunday, April 14th, 1907, in the seventieth year of his age.

Whilst still a youth he was brought to a saving knowledge of the truth, and at the age of eighteen, whilst residing on the Thetford Circuit, he began to exercise his gilts as a local preacher, and after a few years was called into the regular ministry, and laboured on the following circuits with acceptance and an amount of success – Ipswich, Deeling, Deal, Norwich, Yarmouth, Wangford, and Spilsby. Many of these circuits were wide, entailing long journeys and heavy toil, but he endured, as seeing Him who is invisible, and cheerfully sustained his cross.

After only seventeen years of ministerial labour he was compelled, through ill-health, to seek superannuation, and in 1878 came to reside at Ipswich, where, as often as possible, he attended the public services and preached the Gospel he loved so well. Whilst at Ipswich our friend sustained a great and irreparable loss in the death of his devoted wife, who had shared the joys and struggles of his busy life, and the loss of his only son a few years later was a shock from which he never seemed to recover. For years he suffered much, but was lovingly attended by his devoted daughter, with whom he resided. But in all his affliction he enjoyed sweet peace, was filled with patient submission and assured hope, and God sustained him in the final hour. His end came quickly; there was a short period of unconsciousness, and then peacefully he passed away to be for ever with his Lord.

The interment took place in the Ipswich Cemetery on Thursday, April 18th, in the presence of many sorrowing relatives and friends. An impressive service was held in our Clarkson Street Church, in which the Revs. H. Bennett, A. Hill, and J. Dinnick (who represented the General Committee) took part, Mr. Dinnick giving a tender and appropriate address. The circuit was represented by Mr. J. Barker and Mr. C. Simpson, two of its oldest local preachers.

An In Memoriam service was held the following Sunday evening in the Clarkson Street Church, which was well attended, conducted by the writer, who took for his subject: “We spend our years as a tale that is told.” We pray that the four daughters may be divinely comforted and helped till each shall meet in the Father’s Home.

“Servant of God, well done,
Rest from thy loved employ:
Thy battle fought, thy victory won,
Enter thy Master’s joy.”

He married Fanny Salmon Moss (1838-1893) in the summer of 1865 in the Tendring Registration District, Essex. Census returns identify five children.