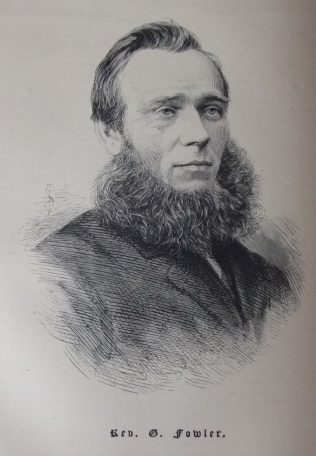 George was converted aged 21. On 1 October 1853 he went to Driffield as a hired local preacher.

In his diary, George recorded that in some years he walked as much as 2,700 miles. He was affectionately styled ‘the walking preacher’ by villagers.

His obituary records that he was deeply interested in all questions relating to the social welfare of the people. He was a convinced and enthusiastic temperance advocate taking a great interest in the Band of Hope.

He was a faithful preacher, a diligent pastor, a hard worker and did much to maintain the efficiency of the various circuits on which he travelled.

George married Martha Eggleton (1832-1912) in the spring of 1859 at Newbury, Berkshire. Census returns identify five children. The 1911 census suggests there were two further children who died in infancy.