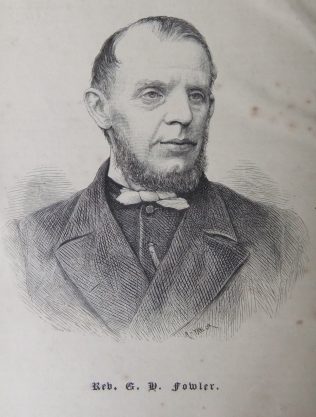 George was born in 1835 at Alford, Lincolnshire to parents Edward and Elizabeth. Edward was a tailor.

His early education was of an elementary nature. He received his religious training at a Wesleyan Sunday School. George trained as a tailor before entering the ministry.

George was converted in late 1851 following sermons preached by Rev Henry Woodcock and Rev Thomas Kendall. In March 1855, George was engaged as a hired local preacher by the Alford branch of the Louth circuit.

In 1871, George took the temporary role of Secretary to the General Missionary Committee whilst Samuel Antliff visited Canada.

George published a ‘Manual on Chapel Architecture for the use of Methodist Churches’.

In 1874, ill health laid George aside for 9 months but he was able to become active again. Following superannuation George served as a member of the Steyning Board of Guardians until his death. Few Guardians were more conversant with the Poor Law than George.