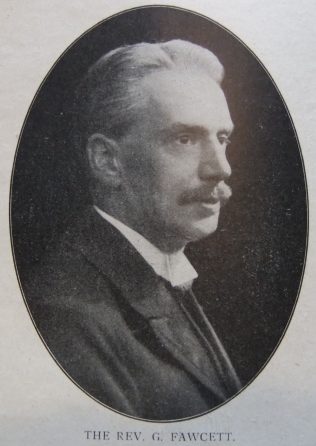 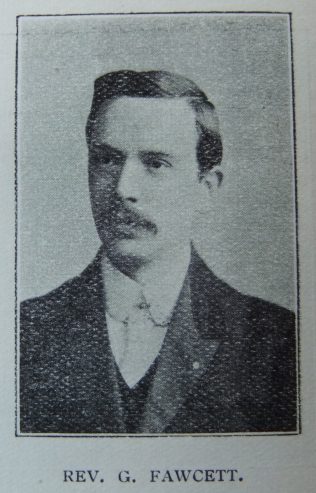 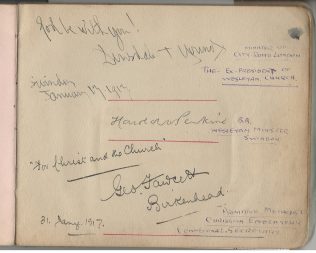 George was born in 1874 at Ellenborough, Maryport, Cumberland, to parents John and Mary Ellen.

Seven years of his young manhood were spent in a ship-owner’s office. It was whilst sitting at his desk on Easter Tuesday 1895 that a definite and unmistakable ‘call’ came to him to devote himself to the work of the ministry. He entered Hartley College in 1897.

While in Grimsby (1926-1933), George was associated with Sir James Blindell, M.P., in the erection of nine Methodist Homes for the Aged, which remained as a memorial to his sagacity and sympathy.

In retirement, George went initially to Gainsborough and later returned to Grimsby. There, he gave over six years to the local hospital as Free Church Chaplain.

His obituary records that George had great gifts of mind and spirit and very fine preaching ability. He was of a genial disposition, master of quiet humour, very courageous, and a great consoler. He was genuine through and through, a hater of shams and hypocrisy, and a fighter for the truth as he saw it. In his lifetime he may have had many opponents but no enemies.