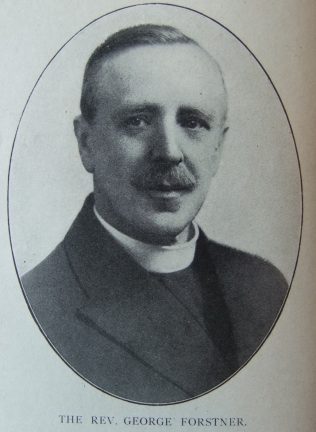 George was brought up in a Primitive Methodist home on Tyneside, where the family were associated with the Savile Street Church at North Shields. He converted at the age of sixteen and began to preach a year later, mentored by Mr D. C. Gibbs.

The 1891 census identifies that George was also working as a pork butcher.

George’s obituary records that after training at Hartley College, he began a busy ministry during which he never failed to present his message with dignity and power. In business meetings he was always courteous and fair, his judgments  being sound and his advice full of insight.