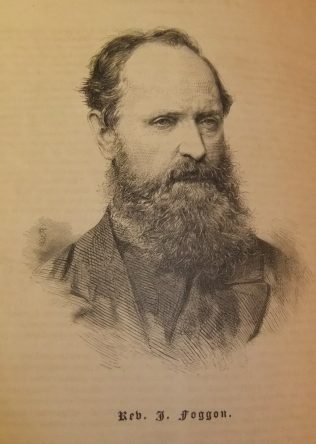 James obituary records that he was quiet, unassuming, unambitious; he worked for his Master often in wide and difficult stations, and where there came to him little recognition from the centres of district and official life.

In his closing years his character was marked by wonderful gentleness. He had mastered, too, the art of encouragement. His kindly word often enabled others to stand with straight back beneath their burden.

He lived a calm saintly life. He was so retiring that it was only after he had passed away that we fully realised his worth.