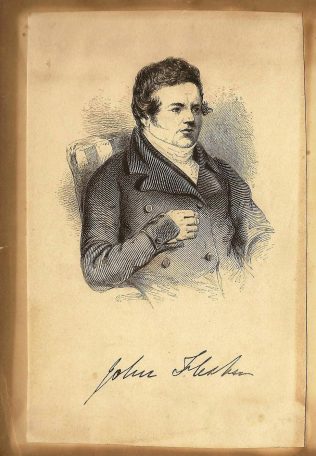 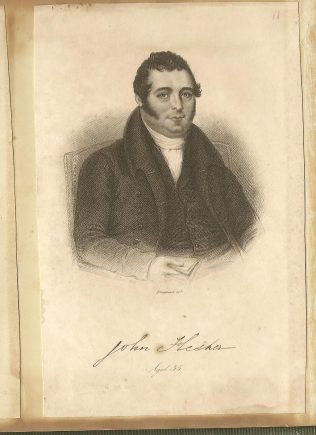 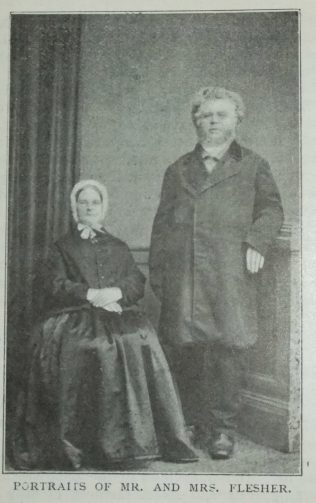 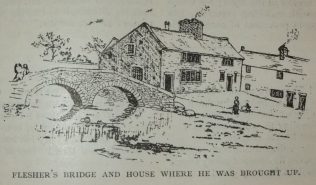 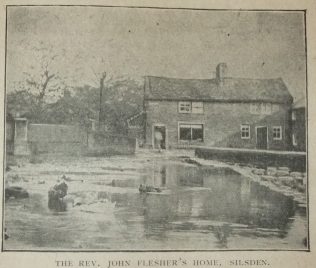 John was born at Otley, Yorkshire on 3 December 1801 and baptised 3 days later. His parents , William and Agnes, moved to Silsden shortly after John’s birth to run a school and grocery. John was a studious boy who turned increasingly to religion. By the time of his late teens John was a Wesleyan local preacher.

When the Primitives came to Silsden in 1820 , led by John Hewson, he soon joined their fellowship and for a time they were allowed the use of his father’s barn as a temporary chapel. Primitive Methodism took a powerful hold within the village and within a year enough money had been raised to build their own chapel.

When first asked to become a travelling preacher, John declined. He acted as village schoolmaster for a short time and then accepted a situation as teacher in the Week-day Central School, Leeds. He found this position to be a congenial one, but soon discovered he was acting the part of Jonah. When a further call came from the Hull circuit he accepted the invitation.

He entered the ministry and was appointed to the Tadcaster Circuit, part of the Hull District, in 1822. Barber comments that his gifts marked him out for pre-eminence both as a preacher and a man of Connexional affairs.

Flesher succeeded Hugh Bourne as Editor in January 1843. Flesher had the insight to recognise that the Primitive’s mission needed to go beyond rural communities and into the towns and cities, where there were different problems as a result of the Industrial Revolution. One of the first things he did was to persuade the Conference of 1843 to change the headquarters of the Book Room from Bemersley to London, making London the centre for the management of connexional affairs. (Follow this link for an account of the handover of the Book Steward role to John Flesher)

Flesher was also behind many other reforms as the Primitive Methodist Connexion grew and required a more structured administration to support it. Whereas previously only Hugh Bourne had represented the General Committee at each District meeting, now seven persons were appointed to attend the various meetings. The Home Missionary Organisation assumed a Connexional outlook. In 1841 the General Missionary Committee was completely re-organised. Flesher was also the author of a revision to the connexional rules in 1849, which were accompanied by a comprehensive alphabetical index and a synopsis of the connexional deed poll.

In 1853 a new hymn book was published which had been compiled by Flesher. Petty relates that this had been required to meet the improved tastes and enlarged knowledge of the congregations. Typically, the new hymn book was initially met with some criticism, but came to be recognised as a general improvement on the previous book. (Some things don’t change!)

Illness caused Flesher to seek superannuation in 1852. The limitation of a serious throat infection had caused him to be unable to preach in public since his appointment as editor in 1842. He retired to Scarborough and later to Harrogate where he died on 16 July 1874.

John married Jane Elizabeth Cawood by licence on 31 August 1823 at St Peter, Leeds. This is the main parish church in the centre of Leeds. Interestingly, his occupation on the marriage record is described as school teacher. Jane was born in Scarborough but at the time of her marriage is described as a spinster from Tadcaster. The baptismal register for his son William Kingston Flesher (1825 – 1907), at Silsden, records John as a dissenting minister. From the probate record for John we know that William emigrated to Canada, probably in 1850, where he became a millowner at Artemesia, Ontario. The census records give us information about one other son, Sanderson, born in 1840 in Scarborough. Sanderson qualified as a pharmacist but died shortly afterwards in 1863. Jane died on 24 October 1878 in Harrogate.