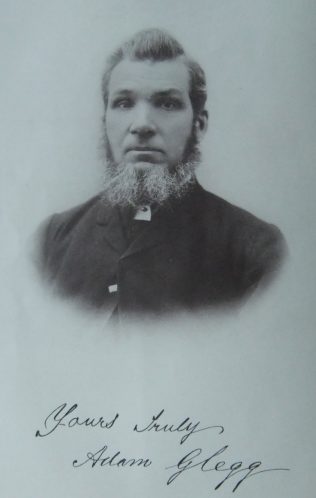 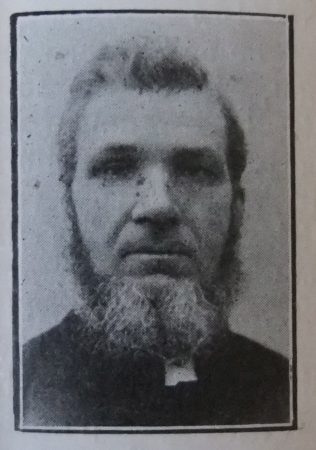 Adam was born on 11 March 1834 at Stonehaven, Kincardineshire, Scotland to parents Adam Glegg and Mary Jamieson. Adam was the eldest of six children and worked on the small family farm as a child.

Adam attended Presbyterian services with his parents. He left home aged 15 but returned to Stonehaven to learn the blacksmith’s trade. He met up again with his former Sunday School teacher and was converted.

In 1856, Adam and his brother James moved to Herefordshire and Adam found his way to Cwm PM Chapel. The brothers were soon on the plan. Adam spent three years as a local preacher.

His obituary records that Adam gave himself wholly to study, prayer, preaching, visiting and organising for these. As a preacher he was interesting, evangelical and enthusiastic. In his early days especially he found his highest joy in open air speaking.