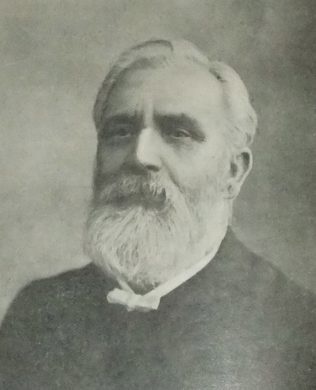 George was born 16 September 1840 at Newchurch, Isle of Wight to parents Edward and Jane. Edward worked the land.

When aged about fourteen, George came into contact with the Primitive Methodists and was attracted to their services at Ryde and Oakfield. He became a scholar in the Ryde Sunday school. He was converted aged fifteen. The occasion was an evening service at Oakfield Chapel where a local preacher, Mr Bartlett, preached on Acts, ch16, v31-32. About twelve months later George became an exhorter, and in due course an accredited local preacher.

George worked as a general labourer before entering the ministry.

On entering the ministry, George became a home missionary under the direction of the General Missionary Committee, where he remained until the conference of 1887.

As a minister he sought to govern his circuits and churches in the spirit of love; he was neither an autocrat on one hand nor effeminate on the other hand. He possessed a devout and humble spirit, but also had deep convictions and was capable of great fervour.

As a preacher, George was always inspiring, his sermons were round and finished and systematic in form, his thoughts were never brought to, but always evolved from the text, and were never allowed to trespass beyond the province of legitimate inference. He preached to bless and save men.