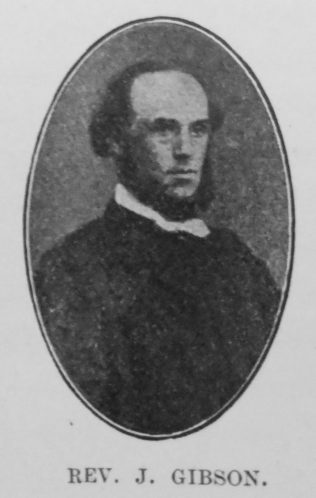 A transcription of obituary published in the Primitive Methodist Magazine by Rev. T. Swallow is attached. While it is somewhat lengthy it contains an account of his conversion and several extracts from his journal. The following paragraph sums up his character.

‘Surveying, in their various aspects, the Christian course and character of our esteemed brother, first and foremost may be noticed, his personal piety. This was genuine as well as deep, and was seen in his conversation and conduct. While he could be cheerful, and enjoy himself in the social circle, he was not given to sinful trifling or unbecoming levity. Indeed, as many can testify, his general demeanour, whether in public or private, was marked, in an unusual degree, by seriousness and gravity. In his choice of friends he was somewhat select; but when his friendship was once formed, it was affectionate, confiding, and lasting. In biblical knowledge and general literature his attainments were highly creditable to his diligent application and perseverance. He was a keen observer, a close student; and the menial power which he evidently possessed enabled him to think deeply and comprehensively on any subject he considered worthy of serious notice or practical regard. His attachment to Primitive Methodism—to its doctrines, its polity, its ministers, its people, was strong and increasing. The Christian ministry was a work he loved with a love that was ardent, sometimes even impassioned. He once said to the writer, “I should like to labour in the itinerancy fifty years.” Yes, it was in his heart to do so; but for reasons at present unknown to us, it has been otherwise ordained. His pulpit discourses, as well as platform addresses, bespoke previous thought, careful preparation, and were calculated to edify the saint, and on some occasions especially to alarm the sinner. The manner of his address was thought by some to be rather stern and severe; but under the exterior of that seeming sternness, there existed it is believed, a tender pity, a yearning compassion, a longing desire for the salvation of his hearers. To say that he had his failings, is only to say he was not absolutely perfect. Nevertheless, taking him for all in all, it may safely be affirmed, he was an excellent man, a good Christian, a faithful minister, who, as he went in and out before the people, seemed to think, speak, and act, as though the following admonitory words of the great Master were ever present to his mind; “I must work the works of him that sent me while it is day; the night cometh when no man can work.” ‘

Joseph was born on 6 January 1828 at Brotherlee, Weardale, Co. Durham, to parents Thomas, a lead miner, and Isabella.

He married Sarah Elizabeth Hewson (b abt1837) on 21 November 1862 in the Louth Registration District, Lincolnshire. They had one child who died on 4 August 1865.