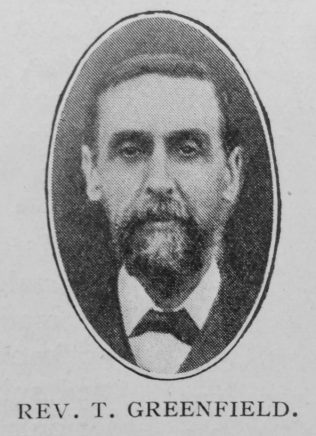 A transcription of obituary published in the Primitive Methodist Magazine by A Wilkes is attached. Wilkes records: “The churches that enjoyed his inspiring and unsparing ministry experienced both material and spiritual prosperity, while officials and members alike felt the charm of his gracious and winsome personality. Quiet, thoughtful, conciliatory and tactful, with an even and optimistic temperament, he ever left upon the minds of others the impression of courteous Christian gentlemanliness.”

Reflecting of his preaching Wilkes says: “Diligent and studious to a degree, he ever brought minted gold to the pulpit. Carefully prepared, his sermons were delivered with such spiritual feeling and force that his audiences were often deeply and visibly affected. The memory of the grace and unction of his pulpit ministrations abides with the writer after nearly thirty years. He set the truth before us not merely as a beautiful thing to be admired, but as something to be woven into the fabric of life and character. His reading was spacious. He kept himself abreast of the thinking of his time, but was too deeply rooted in the fundamentals to be deflected by modern centrifugal forces from the cardinal evangelical verities. The cross was the pivot of his ministry, as it was the base of all his hope.”

Thomas was born in April 1851 at Dudley, Staffordshire, to parents Thomas, a nail maker (1861), and Selina.