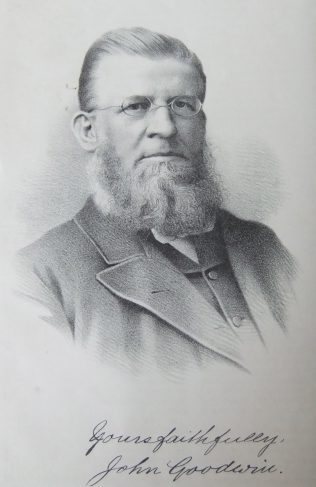 John was  to parents James and Mary. James was a Blue Dyer.

John’s parents became Primitive Methodists when William Antliff was superintendent at Stockport (1846-1848). In 1851, John was working as a power loom, cotton weaver.

John became a full member of the Primitive Methodist church aged 14 at Lancashire Hill, in the Stockport circuit. He immediately became a Sunday School teacher and aged 20 became a local preacher.

Whilst at Hanley, a new circuit, the membership increased from 272 to 444 and six fresh places were missioned and added to the circuit. Four new chapels were erected and left in easy circumstances.

In 1868, John went to South Australia at the request of the General Missionary Committee. There he served for 6 years as Book Steward.

A biography in the 1889 Primitive Methodist Magazine describes John as follows.

‘His disposition is amiable and generous, and his manners are always unassuming, frank and agreeable. His mental powers are vigorous and moderately strong. He is essentially a practical man. His sermons are ordinarily well prepared; clear, forcible and practical expositions of the sacred text. They are delivered in a pleasant, but serious and earnest manner and hence are always heard with pleasure and profit. His preaching is good rather than great, successful rather then popular. It is what all preaching should be, designed to make bad men good, and good men better; and hence is everywhere and by all classes appreciated.’