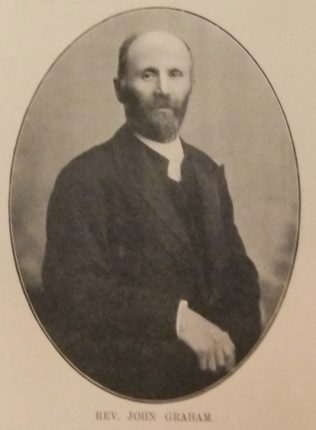 John was born in 1851 at Croft Pit, Sandwith, Cumberland. His father died when he was very young and his mother was an Irish Roman Catholic. When his mother died, Jonathan, aged twelve, moved to Crosby, nr Maryport, where he joined the PM Sunday School. At the age of sixteen, Jonathan began his career as a local preacher.

John’s obituary records that he had great intellectual gifts and read widely and deeply. His greatest ministries were exercised amongst the sick, the poor, the aged, and lonely. In the homes of the people, poor-law institutions and hospitals he was ever welcome. He was a great comforter.