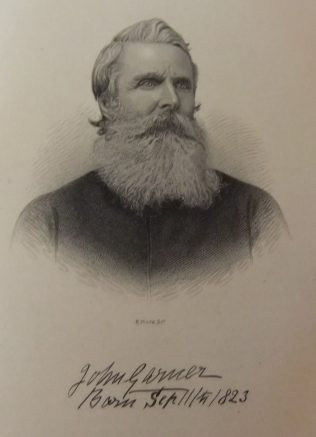 John was born on 11 September 1823 at Patrington, Yorkshire to parents John Garner and Mary Kemp. He  was converted, aged 16, through the ministry of William Clowes.

The PM magazine of 1877 records; ‘His sermons, which are carefully prepared, contain a plain and lucid statement of evangelical truth, and are eminently adapted to convert sinners and edifying saints.’

Antliff records that John was still working as an active PM Minister when Methodist Union took place in Canada in 1883.