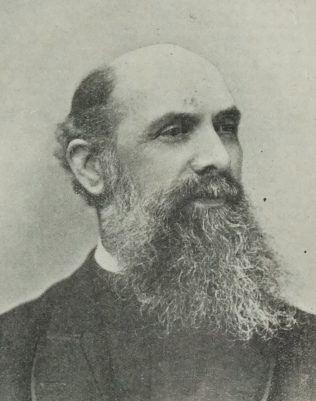 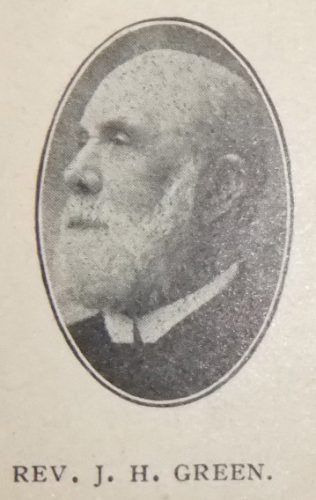 John was born on 29 October 1839 at Pensnett, nr Kingswinford, Staffordshire. When John was young, his parents were converted and the home became the resort of both ministers and local preachers. His father died when John was about twelve.

When growing up in his teens, John left the Sunday school, and for a time, sowed his wild oats. At the age of seventeen, the memory of a promise made to his dying father triggered a period of profound contrition and prayer during which he found salvation. He at once became a member and Sunday school teacher. Within weeks he was society steward and then a class leader. Within two years he was a local preacher.

John was called to ministry in both 1863 and 1864, but refused, in part due his mother being widowed for a second time and thus dependent on him and there being no-one to take his place at Pensnett. When a third call came in 1865, John answered positively. Prior to entering the ministry, John worked as a coal miner.

John spent virtually all his ministry within the old Brinkworth District. At various times he took the roles of Publishing, Sunday School and Building Committee Secretary.

His obituary records that as a preacher and pastor many held him in grateful remembrance, yet he excelled in matters of administration. He was an able leader in debt reduction. He was responsible for building nine chapels, two schools and one manse.

The Primitive Methodist Church in the district has during the past week sustained two severe losses by the deaths of the Rev. J. H. Green, a veteran minister, who travelled in the Newbury Circuit, and Mr. James Manchester, of Plastow Green, the oldest local preacher in the Newbury circuit.

Mr. Green was born in 1839, and entered the Primitive Methodist ministry whilst at Brierley, in Staffordshire. He travelled in various circuits in the south of England, and on being superannuated in 1908, settled at Salisbury. In 1914 he returned to Newbury, and conducted numerous services until his health gave way. Mr. Green had a special aptitude for business, and during his active ministry, built nine chapels, two schoolrooms and a manse. He regularly devoted himself to the visitation of the aged and sick, who much appreciated his sympathetic assistance and consolation. He passed away at Newbury on Thursday.

The funeral took place yesterday (Wednesday), the service at the Bartholomew-street Primitive Methodist Church being conducted by the Rev. T. Bates There was a large and sympathetic attendance, and amongst those present was a former Newbury circuit minister in the Rev. Percy Jackson of Silchester. The hymns sung were “O God, our help in ages past” and “It is not death to die,” whilst the organist (Mr. Charles Griffin) feelingly played Mendelssohn’s “O rest in the Lord” and Spohr’s “Blest are the departed.”

The Rev. J.W. Fish, of Bradfield, who thirty years ago was associated with the Rev. Green in the Swindon First Circuit, paid a tribute to the worthy life of the deceased. He said Mr. Green did not aspire to be a what some people called a popular preacher, but he worked hard, and was quite content to serve in quiet places and in sometimes out of the way situations. What he did he did well, and his works would bear inspection.

At the memorial service at the Primitive Methodist Church on Sunday morning, the Rev. T. Bates (Superintendent Minister) said in the passing of the Rev. J.H. Green their church had lost a most effective and consecrated minister, and there were many today, outside the bounds of his family, who, hearing of his passing, would rise up and call him blessed.

John Henry Green was born in the colliery village of Pensnett, Brierley Hill, Staffs. On October 29th, 1839. The home in which he lived was a home for ministers, and contact and conversation with such men made a great impression on him. When but twelve years of age he lost his father, and up to this time had been associated with the Wesleyan Methodist School, but now became a Primitive Methodist. He started as a teacher in the Sunday School, and at the age of twenty began as a local preacher. He had not had the present day opportunities, but utilised any and every means of improving his education, being a great lover and reader of books.

Mr. Green loved the work of preaching, and undertook church duties. He was invited to prepare for the ministry, and ultimately entered this in 1865. If Mr. Green did not meet with the opposition and persecution of some of the ministers, there were certainly chastening experiences to prove a man’s worth and calling. His first circuit was in the Winchester area, and on one occasion he was conducting a camp meeting when some of the navvies employed in the vicinity ran away with the wagon, whilst other opposition was made in the letting off of birds during the meeting.

The whole of his ministry, except three years at Stroud, was spent in the old Brinkworth district. Three times he was elected president of the Synod, whilst he was twice appointed to the general district committee, and three times as a delegate to Conference. Though always an acceptable and successful preacher showing knowledge and insight of the needs of his age and his time, he excelled as an administrator in business affairs, and many circuits in the old Brinkworth district had reason to thank him and bless his memory for his effective leadership in reducing and clearing debts, and raising sums of no mean amount for needed restoration. Newbury circuit was numbered amongst them. During his ministry nine chapels, two schools, and one manse were built under his leadership, and of two in the Salisbury circuit, one was paid for at the first anniversary of the chapel, and in the other case, the money was raised at the opening.

He was also a builder in the widest and highest sense, and many would remember him as such. He knew his people in the home, as well as in the church. In this, and neighbouring districts, there were many who thankfully testified to the fact that John Henry Green quickened their interest in the things that mattered, and which, by his lead, culminated in full salvation, people whose hearts thrilled with love and interest in his name, and who mourned his going.

Retiring from active service in 1908, he came to Newbury to live, and enjoyed a long and calm eventide of nearly 18 years. He had been failing in strength for some time, and the end came comparatively swiftly. To men of his type, who work  untiringly and unsparingly, and unstintingly, the church owed much, and their reward was sure. They thanked God for a life which would ever be an inspiration and encouragement, and an incentive to those who followed on in the way he tried to follow.