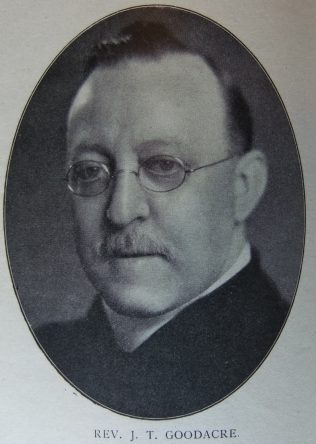 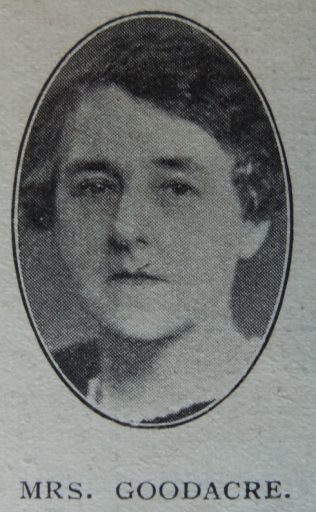 John was born in 1873 at Doncaster, Yorkshire, to parents Mark and Sarah. Mark was a general labourer.

John’s schooldays were over at twelve years of age when he entered the workaday world and commenced on a commercial career as a grocer’s assistant.

John was converted at eighteen during a mission conducted by Thomas Cook. He joined the Spring Gardens PM Church and was active in Sunday School, Christian Endeavour and Mission Band. When aged twenty-one, John left his job as a grocery store manager to become a hired local preacher.

John’s obituary records that he was a typical circuit minister, interested in every detail of his many-sided calling, and his early business training stood him in good stead as an administrator. His gentlemanly bearing, courtesy, and sympathy made him an ideal pastor. His passion for souls and his interest in preaching never waned. To the very end of his life he preached regularly in the Carver Street circuit.

John’s love of music and of nature enriched his ministry. As poetry circle editor for the Aldersgate magazine, his literary gift had full scope. His verses frequently appeared in the local press and in later years he found a new ministry in writing prayers which were published in the Sheffield Telegraph.

In 1952, John marked the occasion of his ministerial jubilee by publishing a booklet called My Golden Jubilee as a Methodist Minister, and one of his last acts was to handover all the profits from its sale to the Methodist Homes for Aged Ministers in Sheffield.