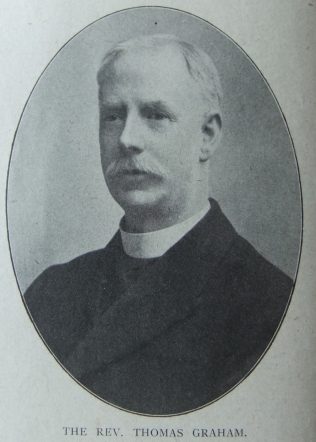 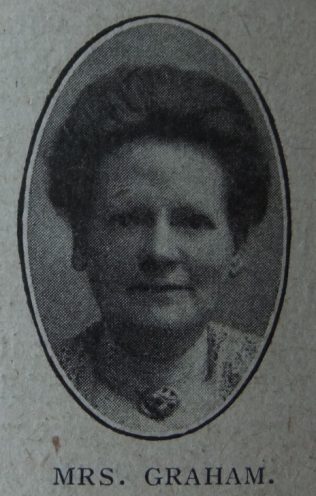 Thomas was born in 1867 at Sheffield, Yorkshire, to parents William Mullins Graham and Sarah Ann Hirst. His father was for many years a devoted city missionary.

Thomas was converted at the age of fourteen and within two years began to preach. His education was obtained for the most part at night schools.

Thomas spent a year as Lay Evangelist at Sturminster Newton before he was accepted into the ministry.

His obituary records that in his college days, Thomas was nicknamed ‘Energy’ and from that time until his death that word was descriptive of his life and work. He was always a great evangelist, but his also discovered that evangelism should be supported by a teaching ministry. He was a keen student of the Word and a sympathetic pastor.

Work among young people always had a special interest for him. Thomas was a valued member of the Girls Life Brigade Council, serving on the Executive. He was particularly interested in the Temperance question and was associated with the Temperance Council of Christian Churches.

Thomas developed a journalistic aptitude, and the Free Church press frequently received contributions from his pen. He reported on Methodist Conferences for nearly forty years.It was largely through his initiative the story of the centenary on Mow Cop was widely reported.