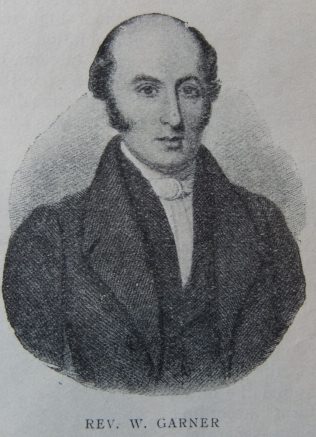 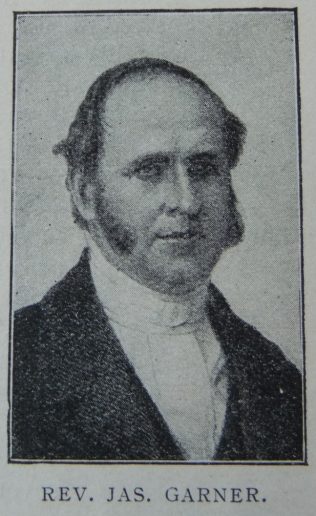 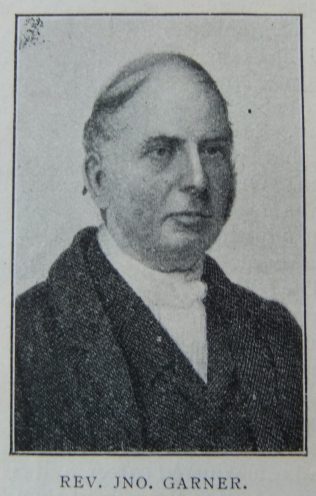 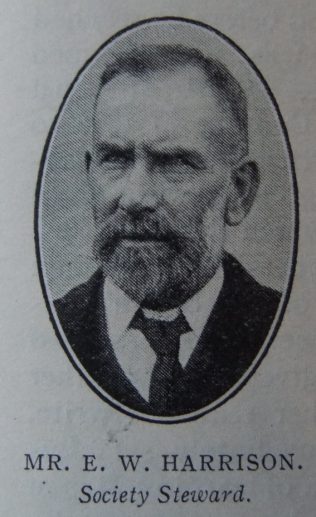 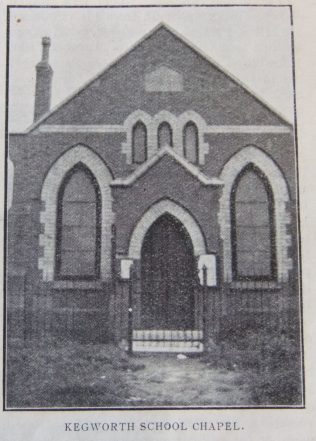 Transcription of ‘Sketch’ In the Christian Messenger by Rev. R.W. Keightley

Kegworth, the birthplace of the Garners, is a large village containing over 2,000 souls, and situated in the extreme north of Leicestershire. The main road from Leicester to Derby passes through it, by which fact there hangs a tale. It is said that a preacher taking a service at Kegworth, read

Acts XVI for lesson, and coming to the words, “He came to Derbe and Lystra,” exclaimed, “ Why friends, Paul would come right through Keg’orth!”

The interest of Kegworth to Primitive Methodists lies in the fact that the three famous men, John, William and James Garner, were born there. That is enough to secure for it a place in our chronicles for many a year to come. Not that Kegworth knew much of them, for as little children their parents took them to East Leake, a village a few miles away, where they were reared. This trio of giants unitedly occupied the Presidential chair ten times, and served as Conference Secretary on six occasions. Truly this is a record that will never be broken. Other families have been as largely represented in our ministry as, for instance, the Dinnicks and Picketts. The Wesleyans supply a case of three brothers becoming Presidents of the Conference—the Jacksons of East Yorkshire, their native place being also a village. Another unique fact is associated with the Garners. In East Leake Primitive Methodism has had a chequered career, and is not represented there at all at the present time. The friends of the late Rev. Jas. Garner, a few years ago, desired that some memorial should find a place in the adopted village of the family. The Wesleyans were asked to allow a tablet to be placed in their chapel, and the Superintendent minister at the time promised Mr. Gilbert Tucker, our Circuit Steward, the request should be granted on condition that he (Mr. Tucker) would preach there in connection with the event. The condition was readily fulfilled, and the memorial was erected. It bears the following inscription:-

“ In loving memory of
ELIZABETH GARNER,
Fifty years a member of the
Wesleyan Methodist Society.
Who departed this life December 25th, 1857,
In the eighty-seventh year of her age,
and the forty-first of her widowhood.
And of three of her sons,
Revs. JOHN, WILLIAM AND JAMES GARNER,
Presidents of the Primitive Methodist Conference.
These all having served their generation fell asleep in sure and certain hope of a glorious resurrection.”

The slab of marble contains both glory and pathos. “ In the forty-first year of her widowhood! ” She had seven sons and three daughters, William and James were sixth and seventh in the family roll, while John had an earlier place. The mother must have had a young family on her hands and heart when her husband died. The severe economies of those days may account for a remark Mr. W. Garner made many years later. A Wesleyan minister in Hull was in conversation with him one day on the subject of ministerial stipends, and said, “Really, Mr. Garner, I do not know how you live. I suppose you have only so much, and I have so much, and I can assure you we have to study economy.” To which Mr. Garner replied, “I suppose you study it and I practise it.” The frugalities of East Leake had not been forgotten.

The scanty resources of those times may serve to explain a saying of the elder brother, John, in after years. There was a time in our history when the standard stipends were a guinea and eighteen shillings per week respectively. John was appointed to a Circuit which paid the lower rate, and he appeared in the pulpit in a suit of brown corduroy. He was quickly taken to task for appearing in such common garb. His answer was ready. “I have a better suit, but I can only afford to wear it on a guinea-a-week Circuit.”

To John Garner belonged the honour of being called into the ministry by his native Circuit, Loughborough, in 1819; and not less honour lies in the fact that while he was preaching at Stanton a year earlier his brother William received impressions which resulted in his conversion. Business aptitude and evangelistic zeal, coupled with great bodily strength, characterized the eldest of the three brothers. William and James bore a stronger resemblance to each other than John bore to either of them. They were students and Theologians as well as statesmen. John’s ministry seems to have extended over a wider geographical area than his brothers‘. Lancashire claimed the greater part of the labours of James and Yorkshire and North Lincolnshire were the scene of most of the toil of William. James took part in the opening services of the chapel which now stands at the head of their native Circuit. From 1872 to 1887 he was Treasurer of Conference Fund, and well do we remember him and his large map at the Tunstall Conference in 1884. He measured the miles, and allowed for “bends and turns” according to rule as he paid each delegate separately. This part of the duties of that office are easier now than they were then. So recently as July 24th, 1910, a tablet was placed in the Primitive Methodist Church at Sale, near Manchester, to perpetuate his memory, on which the following words are inscribed:-

The spirit of humour possessed them all. In John it was more frolicsome than in the others. His retort upon the official who complained of his neglect of family-visiting, as given by Mr. Kendall in his “History of the Primitive Methodist Church” (Vol. 1. p. 244) is but a sample of other incidents in his life. On one occasion he was appointed to reprimand a Probationer for a breach of ministerial propriety, and he did the work so well that the culprit sobbed aloud. Then he said, “Thou really art guilty then, J_____?” “I am, Mr. Garner,” said the young man. Then he healed the wound he had made by saying, “I should have done the same myself!” He took a decidedly ethical view of sanctification. He sent a preliminary announcement that he would preach at G_____ on “Entire Sanctification.” He fulfilled his promise by delivering a vigorous sermon on “Owe no man anything.” He believed in sanctification with a conscience however much emotion it might produce. He was a man of sterling character, and religion without high morality was to him an utter abomination.

The humour of William Garner was of a quieter sort, but it was effective. In one of the Hull Circuits dissatisfaction with the plan and plan-makers burst forth, and this resulted in the appointment of a planning committee, composed of ministers laymen. The committee met. Mr. Garner attended, taking with him sheets of paper, ruler, pens, ink, &c. He set one of the malcontents to rule the frame work of the plan, and another to prepare the check-plan – tasks to which they were both unequal. The ministers made the plan! No more planning committees were asked for. He and a young colleague were passing out of Hull one Sunday morning on their way to a country camp-meeting. A number of ungodly men perceiving their approach poured coarse and blasphemous language in their ears as they passed along. The younger minister said when they were beyond the godless group: “ Such things as these shake my faith, Mr. Garner. If I were Almighty God I should take such blasphemers at their word, and destroy them of the face of the earth.” Mr. Garner replied : “Come along; do you think the Lord has nothing better to do than to listen to such fools as these.” Sound Theology and good sense!

Coming into the ministry earlier than his brothers, and possessing a more aggressive spirit than they, John Garner suffered most through persecution. Indeed few, if any, of our revered fathers endured more hardships than he. But the three brothers “fought a good fight” and endured hardness as good soldiers of Jesus Christ. The Loughborough Circuit is proud and grateful that It has been permitted to give to Primitive Methodism three such shining saints, eloquent witnesses, and tireless and apostolic workers as the Garners. To it also belongs the honour of giving our Church its first President in the person of George Hanford, of Sileby, who directed the business of the Conference held in Hull in 1820.

Such men as these are the true patriots, imperialists, and nation-builders. Saints and evangelists are the path-finders and pathmakers for the people. We cannot afford to allow their fame to wither nor their memory to fade. In God’s “Book of Remembrance” they have their place, and, for our own inspiration and credit we must give them a place of honour in our temple of heroes.

“ For all Thy saints, who from their labours rest,
Who Thee by faith before the world confessed,
Thy name, 0 Jesus, be for ever blest.
Hallelujah!”