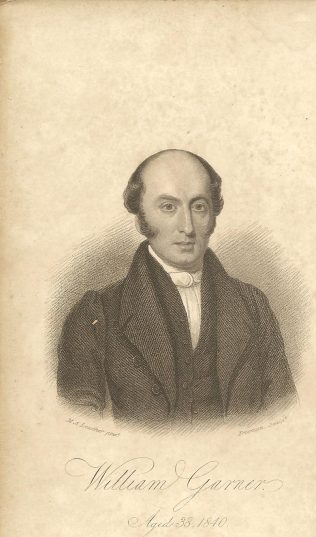 William was born on 8 April 1802 at Kegworth, the sixth son of John Garner and Elizabeth Chaplain. In 1818, William was working as a ‘stockinger’ and living at home looking after his widowed mother and remaining family. On 17 June 1818 he was attracted to attend a Camp Meeting at Stanton, where John Wedgwood was the prime attraction. Imagine William’s surprise when he sees his older brother John, then a newly appointed local preacher, come forward to preach – he had not been aware that John had been converted. William was converted as a result of that meeting. He started to preach some 6 months after his conversion.

William followed his brother John as Secretary to the General Mission Committee in 1846. He was President of Conference in 1859 and 1861.

William was a prolific writer. He authored the following.