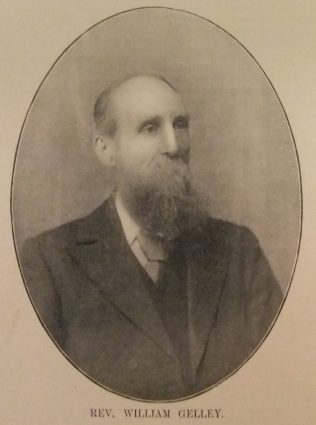 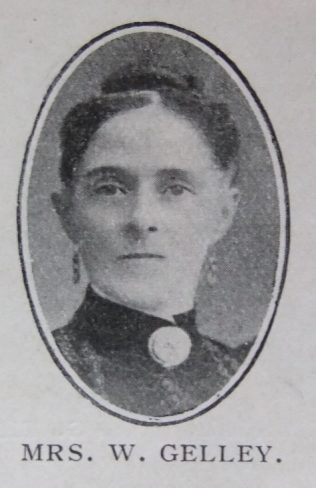 William was born on 26 July 1843 at Gateshead, Co Durham. William came from a family of notable Tyneside forgemen. William became a forgeman himself before entering the ministry.

Williams parents were intemperate. His father died when, George was three, and his mother took George and his sister to Glasgow, where they begged and starved. An uncle removed them back to Tyneside. There, he was taken by a friend to Ballast Hills Sunday School. William’s uncle was a pronounced secularist and liked a drink. William was saved from going to far astray by his Sunday School teachers, Mr Richardson and Mr David Wright.

William signed the temperance pledge when he was fifteen, and immediately he organised a juvenile temperance society. He was converted through the ministry of Dr and Mrs Palmer, American evangelists, who were holding meetings in Newcastle in 1859.

William was on ‘full plan’ in the Gateshead circuit in 1863 and his services became so much in request that he was encouraged by his friends to throw off the forgeman’s apron and devote his life to evangelism. Ten weeks labour at Ryhope made such an impression on the pitmen for good that the company engaged him as an evangelist and temperance missionary. He worked for two years across eighteen collieries. During that time 795 people were won to Christ. William then went as a circuit missionary to Sunderland and from that circuit he was pledged. His salary then being eighteen shillings a week had to support himself, a wife and two children. (William was unusual at that time as being accepted by Conference for the ministry when already married.)

William felt that his live began when he was converted and conversion was to him the one quest for others. He was a flame of fire. He preached to convict and persuade. He had the art of leading to repentance and faith.

William educated himself. His conversion was the catalyst for learning to read. His continued development of his mind gave him the confidence to successfully debate with the Roman Catholics at Blackburn on the right to ‘private judgement’.

Incidents in the life of a Tyneside Evangelist (741 KB Adobe Acrobat document, opens in a new window)
Transcription of a series of articles describing William's life as an evangelist before he entered the ministry.