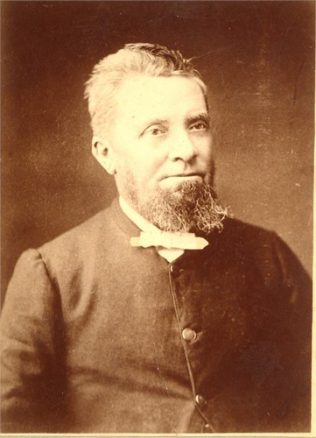 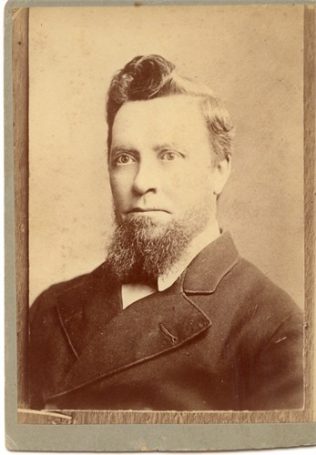 William Gould was born in Limerick, Ireland in 1835 and was baptised on 6 Dec 1835. His parents were William and Ann Gould nee Byrne.

He left England on board the Clasmerden in 1855 and arrived in Victoria sometime during January1856. He was 21yrs old. He settled in Geelong Victoria where at some pointduring 1864 he decided to become a Primitive Methodist Minister. He was the first Probationer called to the ministry of the word in the Melbourne district.

His wife Elizabeth Moon died in 1884 aged 35 from Bronchitis, leaving him to bring up his young children.

William Gould died on the 31/01/1902 at the Primitive Methodist
Parsonage, Maryborough, Victoria. He was 66 yrs old.

His Obituary appears in the Primitive Methodist minutes 1903.

“William Gould – During the sessions of our Assembly the intelligence came to hand that Brother Gould “had entered into rest” My friend and comrade was born at Limerick 1835, and in his early days came tour State, and settled in Geelong District, where he was called from nature unto grace.  The church discovering his gifts and graces, called him to preach the glorious Gospel of the blessed God, and his loving presentation of the truth brought some listening ones to Jesus.   Our dear brother was the first probationer called to the ministry of the Word in the Melbourne District, and for the period of 38 years he faithfully served Christ and His Church.  The following stations profited by his sympathetic ministry:- Melbourne, Brighton, Eagle Hawk, Campbellfield, Benalla, Heidelberg,  Tarnagulla, Castlemaine, Hobart, Longford, Creswick, Murtoa, Hamilton, Creswick (2) Williamstown and Maryborough.  Here Brother Gould finished his course, and surely God arranged the place from which our dear friend should depart to be with Christ, for therein was found the sympathetic , tender, and abundant help the sorrowing lives required, and which enabled them to face the painful difficulties of the sad hour.   The funeral was largely attended.  The representatives of the Episcopal, Presbyterian, and Methodist Churches took part in the services conducted in the Church and at the grave.  A memorial service was held in the Maryborough Town Hall, the congregation numbering at least 800 people.  The Rev.  H. Robinson (Assembly representative) presided, and beautiful addresses were given by Revs Stirling (Presbyterian) Presley (Wesleyan), Vian, Bottoms (Primitive Methodist).  The following Minute was recorded by the Assembly: “That this Assembly places upon record its hearty recognition and high appreciation of the valuable services rendered to our Church in Victoria and Tasmania by our dear departed brother, the Rev William Gould, who laboured  amongst us for 38 years as a minister with many signs of spiritual success.  We recall, with appreciative memories, his genuine loyalty to the Church, his kindly affectionate nature, his masterly sermons, and eloquent speeches feeling that
‘It may be long ere we look
Upon his like again,’

His spiritual experience was deep and progressive and just before the end came his testimony was,  ‘Thou art with me’ and we want nothing more, for this is the delight of Jesus, to complete the work gloriously.  Farewell, dear old friend, obliging brother, kind husband and fond father, to-day we think of you as having entered into rest, sweet rest, just what you needed and which Christ graciously arranged for you.  ‘We are marching to Zion,’ and each eventide finds us singing
‘A day’s march nearer home.’

In the coming days our task will be completed, and then as we have united in the service of the King here we shall
‘Join in the everlasting song
And crown Him Lord of all.’