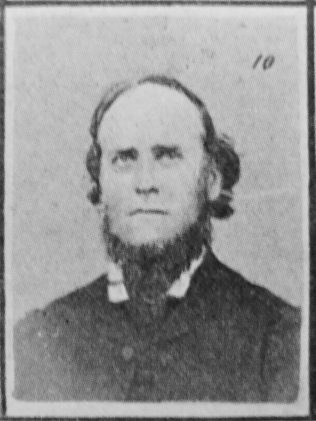 A transcription of obituary published in the Primitive Methodist Magazine by Ebenezer Hall, his brother,  is attached

The result of his London labours is thus summarised in his journal:— “I have had many expressions of love from the good people, and several letters acknowledging the benefit they have received through my feeble instrumentality. God has made me a blessing in this circuit. I have preached 860 times, delivered 176 addresses in the open-air, and 109 at public meetings, visited on an average 30 families weekly, travelled 6,275 miles, and seen 272 souls converted. Praise the Lord!”

His brother comments; “The subject of this memoir was not a man of books, he had not the learned leisure to become scholastic. There are two classes of servants of the Master—students and workers. Of course the students must be workers, and vice versa, but I speak of the prevailing habit of the two classes. Neither of these classes must be underrated, much less contemned. In the class of workers my brother lived; he lived a life intense in its activity. He was active from a conviction of its utility. He was from his youth a close observer of men and events, and a lover of literary pursuits. He luxuriated in the great masters of English literature. I have evidence on my desk of his perfect mastery of the leading works on theological science. His pen was used to advantage, and his name was well known as a contributor of useful articles to our connexional serials. In a life so busy he had not time to acquire what is technically called learning; his ambition, his ruling passion was to work for Christ, and save men. He was an enthusiastic Primitive Methodist; his attachment was intelligent and deep. Nothing gladdened him more than when I was able to send him tidings of the Connexion’s prosperity. He used to speak in terms of strong disapprobation of men who were disloyal and unfaithful to the Connexion. In his work he was also an enthusiast.”

George was born on 21 March 1825 at Bedminster, Bristol, Gloucestershire, to parents George Tudor Hall, a blacksmith, and Ann Stephens. He was baptised on 1 April 1827 at St Phillip and St Jacob, Bristol. His brother Ebenezer was also a PM minister.

He married Sarah Batterham (1834-1899) in the September/October 1856 in Melbourne, Victoria, Australia. His obituary records they had five young children at the time of his death.