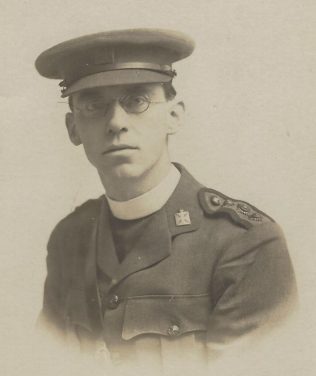 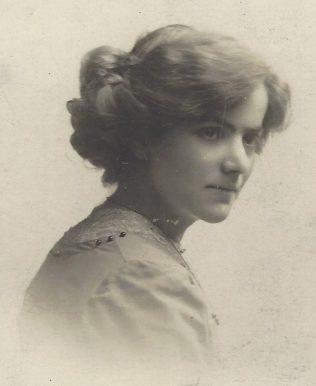 Walter John Hammersley: born in Foleshill, Coventry, on 5th December 1884, into a Primitive Methodist family. His father was a local preacher. He began work as a repair clerk at the Centaur cycle factory before going as a Hired Local Preacher to the Fleetwood Circuit and then to the Chiswick Circuit. He entered the ministry in 1907 training at Hartley College. He served his probation in the Portsmouth Circuit and was ordained at the Jersey Conference of 1914. He spent the First World War period in the Winchester Circuit where he acted as an officiating chaplain to the Army. He then served in the following circuits: Leicester II, Pontefract, Peterborough I, Luton, Bristol (Ebenezer), Huddersfield (Northumberland Street), Alfreton and South Normanton, and Bilston (High Street). He retired in 1953 to Bilston where he remained till his death.

Until his last two years he was a very active supernumerary minister, taking services and attending circuit meetings. Throughout his ministry he was most ably supported by his wife Olive who remained a tower of strength to him to the last. In 1974 they celebrated their diamond wedding when messages of greeting were received from a wide circle of friends whom they had retained from previous circuits. One of the chief marks of his ministry was his real love for people of all age groups. Anyone in trouble could rely upon his help. He was a man who believed in preaching, leaving people with the feeling that he had really given himself in what he said. One of his hobbies was carpentry; give him wood, nails and a hammer and he was happy.

Always concerned that the Church should be financially sound he launched many schemes to clear debts and to assure a realistic income. Perhaps his greatest asset was an unfailing sense of humour which remained to the last. Although failing health prevented his attendance at worship he remained alert and greatly interested in all that was happening. He died on 22nd May 1975 in the ninety-first year of his age and the sixty-fifth year of his ministry.

Walter was working as a cycle clerk in 1901.