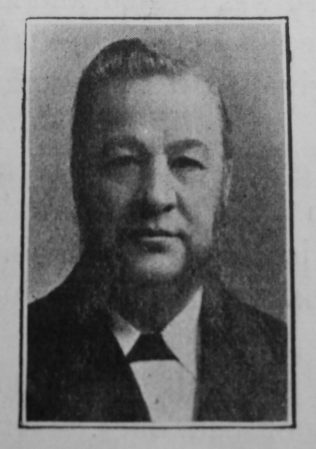 Transcription of Obituary in the Primitive Methodist Magazine by G.C.N.

Rev. Charles Harrison, whose ministry is especially associated with the South-eastern parts of England, was born at Liverpool in 1845, and entered our ministry when twenty-four years of age, his first station being Maldon, in Essex. After one year’s service he left for Ireland, and spent four years at Portadown and Belfast. His ministry  amongst the warm-hearted Irish people was a great success, his genial disposition, unbounded energy, and natural wit, winning their hearts and securing their sympathy. Maidstone was next the scene of his labours for four years, during which two chapels were built. In connection with one of these there has grown up the strongest Society in the Circuit. Whilst on this Station he was married to Miss Tripp of Birkenhead, a daughter of one of our highly esteemed ministers, and who also had a brother in our ministry. In Miss Tripp, reared in Primitive Methodism, he found a true helpmeet, and he was always glad to acknowledge with tender affection how much he owed to the wise counsel, and tender sympathy of his wife. Folkestone next became the place of service. Here the cause was feeble, – indeed nearly extinct, but facing the task with indomitable courage, besides renovating the chapel, a sum of £600 was paid off the debt.

From Folkestone Mr. Harrison removed to Clitheroe and during his five years’ stay raised the small cause worshipping in an ex-Baptist Chapel, to one of the strongest Churches in the town, erecting a fine new Chapel and Schools, costing about £4,000, the greater part of which he raised before leaving.

Hove and Shoreham next for three years enjoyed the ministry of brother Harrison, and good work was done. In 1890 he moved to Redhill and for the period of eleven years exercised his varied ministry with such good effect as will ever be remembered with thankfulness by those who know the work. During his ministry in this lovely Surrey town, he built two new Chapels, and enlarged the premises of two others. The cost of new Chapels was entirely raised and all the debts on the remaining properties were paid off; the membership also indicated the considerable progress that had been made, having increase from 120 to 185. There is no doubt that the strenuous work involved in these manifold services had somewhat seriously affected his health which gave cause for anxiety to both Mr. Harrison and his friends, and his medical adviser counselled a change. Receiving a hearty and unanimous invitation to return to Hove and Shoreham, he accepted, and for twelve months worked according to his wont for the extended usefulnesses of our causes. The strain however was too much, threatened with a complete nervous breakdown, he was superannuated by the Conference of 1902.

Still full of enthusiasm, only his most intimate friends knew what it cost him to withdraw into comparative seclusion; and he hoped after a year or two of quiet rest to resume his lace in the active ministry. Ever of a cheerful disposition he kept a brave heart and would not admit even to himself that his strength was failing. For over four years he tried in a quiet way to promote the cause of his Master and of the Connexion he loved so well. On November 4th, 1906, he preached at Shoreham, where he resided, on “Enoch walked with God, and he was not, for God took him.” He caught a chill and was compelled to take to bed on the 12th, though with every expectation of soon rallying. On the Wednesday however there were signs of heart failure about 11 a.m. and soon after noon he passed into the presence of the Master.

The best memorial to any man is the work he leaves behind and the spirit and disposition he has communicated. Brother Harrison by his cheery optimism and quiet generosity has cheered and helped many. He was a true friend, noble and confiding, and of necessity sensitive and tender. In his domestic life he was peculiarly happy and gratefully recognised God’s great kindness in the gift of a wife who was such a great help to him, and in the blessing of two sons working diligently in the service of Christ and our Church.

He rests from his labours, and his works follow with him.

Charles was born in 1845 at Liverpool, Lancashire.

Charles married Miriam Tripp (1845-1928) in the spring of 1876 at Birkenhead, Cheshire. She was the daughter of Boaz Tripp. Census returns identify three children.