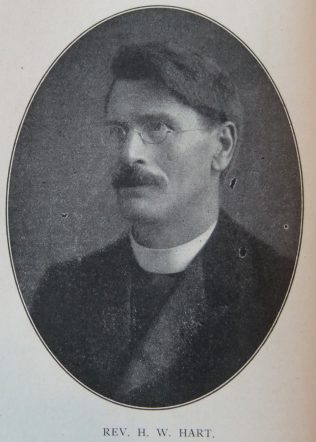 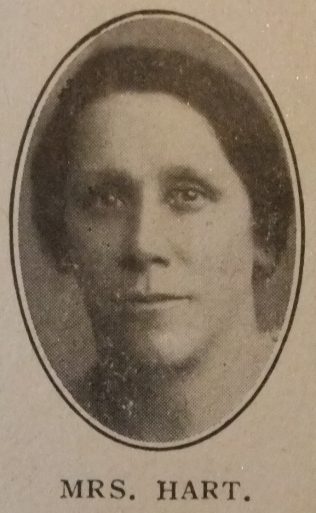 Harry was born in 1873 at Willingale, Essex, to parents James and Emma. James was a carpenter.

Mr John Yeomans, a London PM local preacher, started business as a country miller in the isolated village of Willingale where there was no Free Church. He commenced a Sunday School in the disused blacksmith’s shop, where lay preachers from Chelmsford conducted occasional services. Harry was one of the first scholars. At the age of fourteen, Harry became apprenticed to the flour milling business. On completion of his apprenticeship, Harry moved to Chelmsford and attached himself to the Hall Street Church. He became one of five from that church to enter the ministry.

After working for some years as a local preacher his suitability for the full ministry was recognised by the Church. Domestic circumstances made it impossible to immediately follow that call. In 1898 he was able to accept an invitation to serve as a lay agent on the Watford circuit. This was followed by a successful term at Guildford in the same capacity. He entered Hartley College in 1900.

His obituary records that Harry gave his strength and life in full devotion to his ministry, chiefly in country circuits, and often with no other means of transport than a bicycle on long journeys.

A sudden breakdown in health in 1921 necessitated a year’s rest. The following year he resumed his work with undaunted courage, in spite of the serious handicap of failing sight. He was able to continue for another twenty years to complete a full forty years of faithful and effective service.

He retired in 1942 and in due course settled at Holland-on-Sea, where he continued to serve by preaching.

He was a wise administrator and his counsel and colleagueship were of special value to younger men. His ministry was much strengthened by his firm belief in the power of prayer. In spite of his affliction, he maintained his interest in life and was still able to cultivate his garden. Although his blindness prevented him from reading, he gleaned much from radio programmes.

He had a sense of humour that was balanced by his sincerity and kindness.