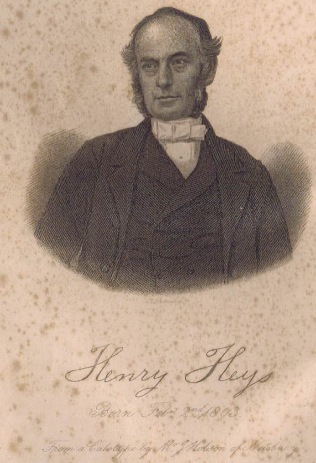 Henry was born on 2 February 1803 at Bolton, Lancashire to parents William and Peggy. He was baptised on 10 April 1803 at Cockey Moor Presbyterian Chapel, Ainsworth, Lancashire. Henry was converted in 1826 and initially devoted himself to Sunday School teaching. He soon became a local preacher.

Kendall comments that Henry that he did good work in the pioneer days.

His obituary records that he was ‘greatly revered for the sterling character of his religious profession.’