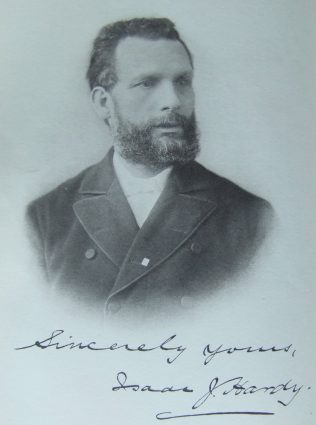 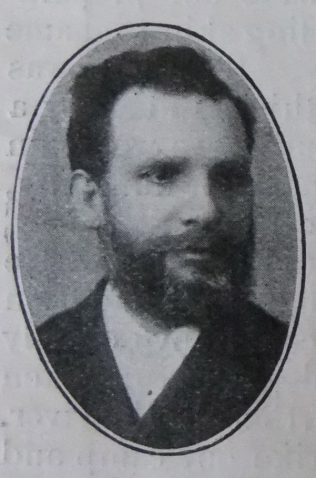 Isaac was born on 3 October 1838 at Newark, Nottinghamshire to parents Hezekiah Hardy and Mary Mason.  Hezekiah, a cordwainer died in 1848. Mary attended the Congregational church. Isaac was one of ten children, had a limited education as a child and was put to a trade aged 12.

As a lad he was described as being full of fun, frolic and mischief.

A PM Minister occasionally called on his mother’s home and the visits made a deep impression. Isaac attended a Camp Meeting led by Rev Robert Parks and had a conversion experience, aged 16. He joined the Primitive Methodists and in turn became a Sunday School teacher, a tract distributor and local preacher.

Isaac went to Hinckley as a hired local preacher before his regular probation period began,

Isaac’s obituary records that he was a good man with great faith in the Gospel he preached, eminently evangelistic, and able to present the Truth in an attractive and almost irresistible way. Strength of character was his also; a strength revealed in his dealings with men, in the business of the church as well as in the homes of the people.