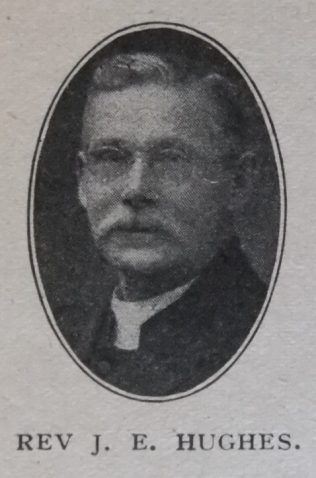 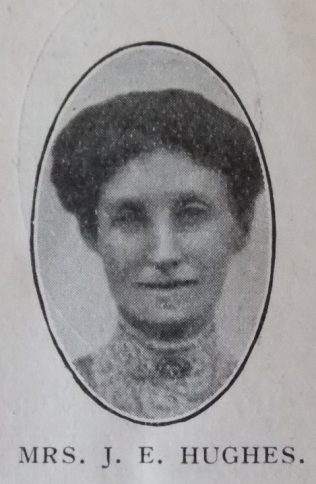 John was born 20 February 1854 at Burwardsley, Cheshire to parents James Hughes and Ann Price. The 1861 census identifies James as an agricultural labourer and local preacher.

John consciously accepted Christ as his Saviour when thirteen years old and began to take some small part in Christian Service.

John left home and settled in Crewe, where he later went on the plan. There he continued to work in school and church. Business called him to Liverpool and it was from there he was asked to be a candidate for the ministry. He was able to prepare for ministry at the Sunderland Institute.

Whilst at Bishops Castle the circuit was divided and Clun was made head of the circuit with John as superintendent minister. Whilst there a new manse was built, debt reduced and membership increased.

On leaving Worcester, The Baptist Banner published a sketch of John and his work; ‘It is a pleasure to be able to give our readers a portrait of the Rev J.E. Hughes who, during the seven years of his work here, has endeared himself to his people, considerably strengthened the position of his Church and won by earnest and unobtrusive work the regard and affection of the city generally.’

John undertook several important secretaryships of committees. One of the gifts he greatly prized was an illuminated address presented by the District Committee on leaving the West Midland District.

Ill health caused John to superannuate in 1910. He settled in Southport.