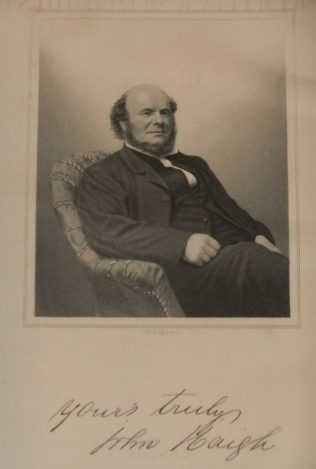 John was born on 16 November 1816 at Wooley, nr Barnsley, Yorkshire.  In early boyhood he attended the New Connection Sunday School at Ardsley.  John was converted when Primitive Methodists missioned Ardsley. He became a local preacher on the Barnsley plan. Having had little education ,John walked three miles each way to night-school after his day’s work making shoes was done.

John spent his entire ministry within the Nottingham District. His obituary records that he was a plain, blunt Yorkshireman at every time and in every place. He had upwards of 600 increase on his stations during his ministry.

John did much work in chapel building. At Chesterfield, in 4 years, he prepared plans and specifications for, and superintended the erection of 9 chapels.