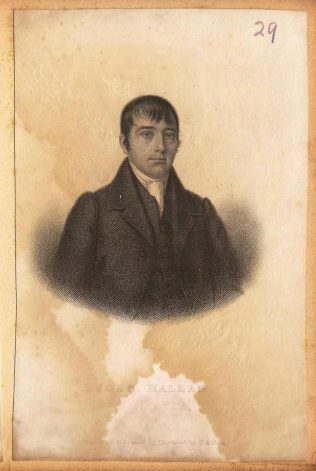 Petty provides a pen picture of John in relation to his time in Whitney. ’He travelled in the circuit with great acceptability for the following two years: and his intelligent and unctuous preaching, his extensive pastoral visiting, his prudence, his self-denial, and his vigorous piety greatly contributed to the establishment of the persecuted societies.’

When John was appointed Book Steward in 1838, he identified that the personal accounts of James Bourne had become entangled with those of the Bookroom, and that both were being used in doubtful business ventures. This triggered events that eventually led to James Bourne becoming bankrupt.