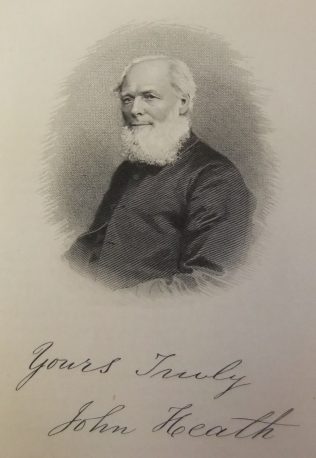 John was converted aged about 23 and served for six years as a local preacher before becoming itinerant. In 1848 the second minister in his circuit resigned and John was called to replace him.

The PM magazine of 1877 reports; ‘As a superintendent he is uniformly careful, plodding, zealous, and generally successful, making good the ground as he has gone forward.’

His obituary records that a deep, quiet earnestness characterised him in all good work. He ever preferred to serve rather than stand and wait. He was happier in ministering to others than being ministered unto.

John died on 16 January 1907 in the Hereford Registration District.