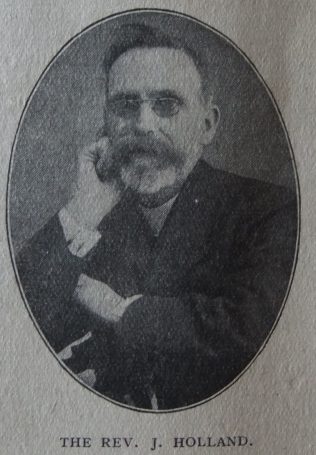 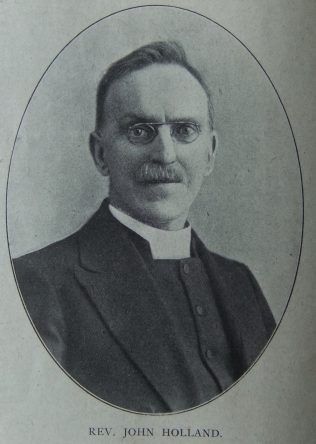 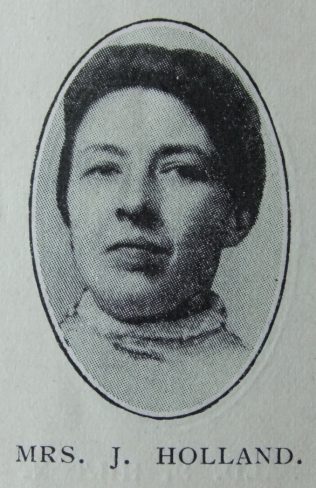 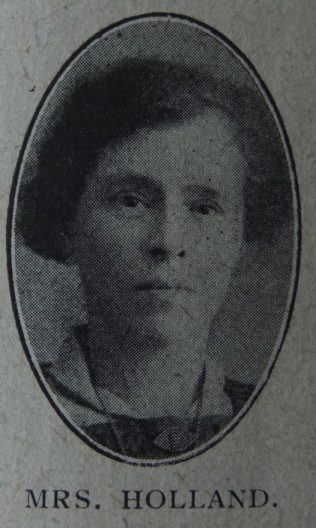 John was born in 1869 at Brampton Bryan, Herefordshire, to parents John and Mary. John senior worked the land and was a local preacher for over fifty years. The family moved into the Lichfield circuit when John was quite young.

Mary died when John was eleven years old. As John was the eldest of six children, he had to go to work to help support the family. At the age of twelve, John arose at 4.30 am each morning and had to walk two miles to start work on a farm from six in the morning till six at night for eight pence a day. Against his father’s wishes, John left home aged fourteen and obtained work in Birmingham. He spent the next three years in hotels as billiard-marker, boots, etc, and away from home forgot God and turned away from the Church. Having left a well-paid job looking after greyhounds, John struggled to find work and found his way back to his home neighbourhood.

John made his ‘great decision’ just before his eighteenth birthday. This followed seeing a Sunday School Anniversary advertised at Brownhills and deciding to attend. He responded to a call from the preacher, Rev James Davies. Within ten weeks, he accompanied his father to appointments and began to preach.

John returned to live in Birmingham and was brought under the influence of Rev William Wright, who gave him encouragement and stimulated his desire for self-improvement. A few months after Rev Wright moved to the Church Gresley station, he called for John to join him as a hired local preacher. Whilst boarding with William Wright, John passed his candidates examination and then attended the Manchester College.

John served as District Secretary, C.E. and Missionary Secretary. He also served as Secretary of the Local Preachers Aid Fund.

His obituary records that John was a man of strong and distinctive personality. The gift of racy and effective speech was used to great advantage, and as a preacher he found a way to the hearts of his hearers. He rejoiced in ‘the ministry of reconciliation.’

After superannuation in 1939, John continued to serve the Wem Circuit.