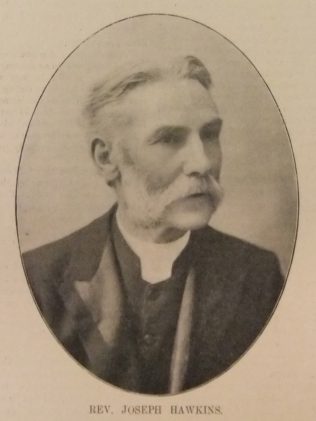 Joseph was born in 1848 at Cummersdale, Cumberland to parents James and Elizabeth. James was a calico printer.

Joseph was elected onto the School Board whilst he was at Workington and also at Skelmanthorpe.

Whilst at Cockermouth, Joseph wrote a pamphlet on the history of Primitive Methodism in the Carlisle and Whitehaven Districts.

His obituary records that he was a courtly gentleman who possessed great charm and gentleness. Though a keen controversialist and debater, he never became bitter, while a saving sense of humour gave richness to his life. He was a thoughtful and earnest preacher, a thorough businessman and a beloved pastor. He was a powerful advocate of temperance in the days when teetotalism was considered fanaticism.