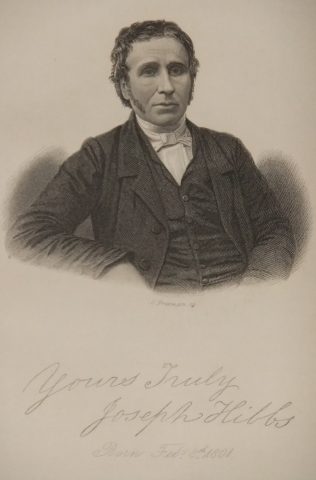 In 1823 Joseph became a hired local preacher in his own circuit and was sent on mission to New Mills. In 1824, his father died and Joseph had to stay at home to look after the family. He was a succesful class leader and local preacher but felt himself not feeling satisfied. He resolved to respond if God called him again. In 1829, a young man failed to arrive at the Wrockwardinewood circuit and Joseph was called to fill the gap.

Petty records the work of Joseph in developing Swansea and surrounds from 1834. Two thousand persons are said to have sometimes listened to his preaching on the Quay at Swansea. A large preaching room was taken on rent and opened on 6 July 1834. At that time the society numbered about 50. A powerful camp meeting was held at Swansea on 21 September 1834. The following March, Swansea was made the head of a new circuit with 160 members and two travelling preachers.

Most of his ministry was carried out in South Wales.

His obituary records that he was a man of sincere and abiding convistions, fervent in spirit, simple in faith, and earnest in supplications. His preaching had the true ring about it, plain, scriptural, doctrinal and practical, and in it he sought not to win the applause of men, but souls to Jesus.

A colleague wrote; ‘As a minister he was intelligent, affectionate, earnest, and useful. he was a sympathising and beloved friend among the many hundreds of famileis he visited.’

J Petty, The History of the Primitive Methodist Connexion, 1880, p373