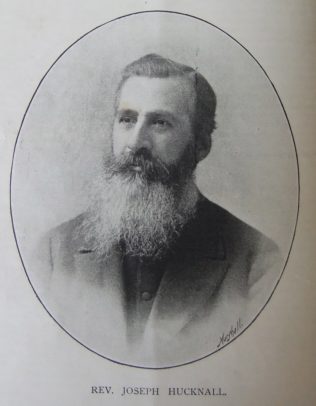 Joseph was born in 1837 at Woodborough, Nottinghamshire to parents Joseph and Ann. Joseph senior was a framework knitter of cotton, a trade that Joseph also followed.

Joseph senior and Ann were members of a Baptist congregation. When Primitive Methodists from the Nottingham II circuit missioned Woodborough they switched to the PM cause.

Joseph was converted when about 15 years old under the ministry of Rev Jabez Langford, who later moved to Australia as a PM missionary. Joseph became a local preacher when he was 23.

As a preacher, he was calm and methodical, with just as much animation as is proper for a man who is more concerned to inform the mind and awaken the conscience, than to charm the imagination.

His character was sublimely great in its transparent simplicity and honesty, clean from the love of money, or social position, as such; but nevertheless distinguished by the dignity of true gentlemanliness.