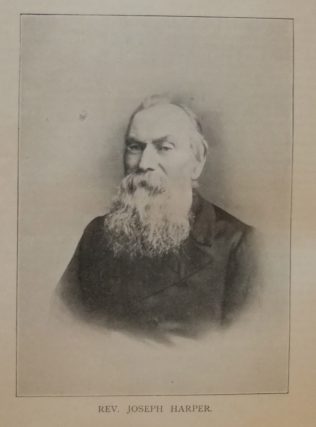 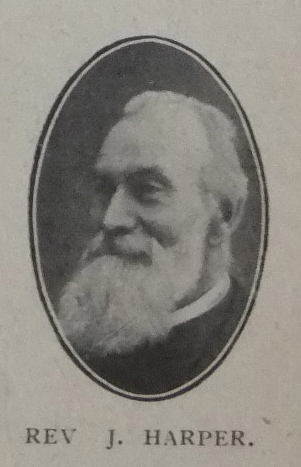 Joseph was born in April 1838 at Moreton, nr Gnosall, Staffordshire to parents John and Hannah. John worked the land.

Joseph joined the PM church aged 16 and shortly afterwards became a local preacher in the Stafford branch of the Wrockwardinewood circuit. At the end of his apprenticeship, as a shoemaker at Wheaton Aston, Joseph moved to Empingham, Rutlandshire. As the nearest PM society was more than thirteen miles away, Joseph united himself with the Wesleyans and was received as a local preacher. He laboured with great acceptability until he was invited to preach for the Reformers. Due to accepting that invitation he was expelled from the Wesleyan Church. On moving to Oakham, Joseph once again sought out the Primitives. He was re-instated as a local preacher.

Circumstances led to Joseph moving to Stepney where he joined the James Street Church. (The 1861 census places Joseph in Stepney, London apprenticed to a cordwainer.) Officials of the London III circuit recognised Joseph as being suitable for the ministry and he was placed on the ‘Reserve List’.

Joseph’s obituary records that in the early days of his ministry he excelled as a flaming evangelist of the glorious grace of God.

Joseph married Sarah Mary Humphries Stanley (1858-1943), nee Best, in the summer of 1907 at Calne, Wiltshire. She was the daughter of Rev John H Best.

Joseph died on 2 May 1917 at Melksham, Wiltshire. He died after a fall from his cycle on 28 April.