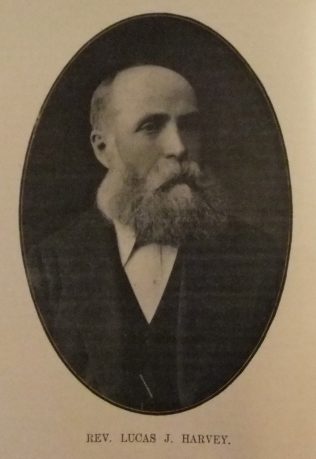 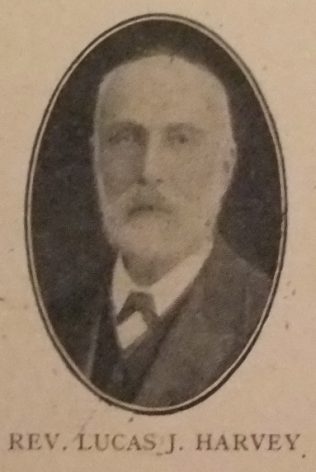 Lucas was born on 3 June 1851 at Pontypool, Monmouthshire to parents William Harvey and Jane Woolford. William was a PM Minister. Jane had been a travelling preacher from 1835 to 1838, when she married William. She continued to preach as long as her health allowed.

Lucas entered into ‘conscious Christian experience’ in his sixteenth year, when living at Tredegar and employed as a clerk in an iron works. Less than a year later, Lucas became a local preacher and was recommended and received into the ministry by the age of eighteen, going to Gloucester as a ‘supply’.

Lucas did much towards the improvement of trust estates, by enlargements, renovations and debt reduction; but he was careful not to build huge chapels and leave large debts that would become a burden to others.

His obituary records that Lucas was a man of high ideals, full of the spirit of reverence and devotion. The sanctuary was his delight and his supreme ambition was to do the will of God. He was one of those plodding toilers to whom Methodism owes so much. In secretarial work, he was most painstaking and efficient.

Lucas married Elizabeth Beckerleg (b1848) in the spring of 1874 at Penzance, Cornwall. Census returns identify four of seven children.