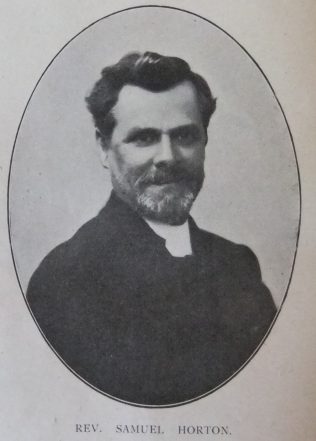 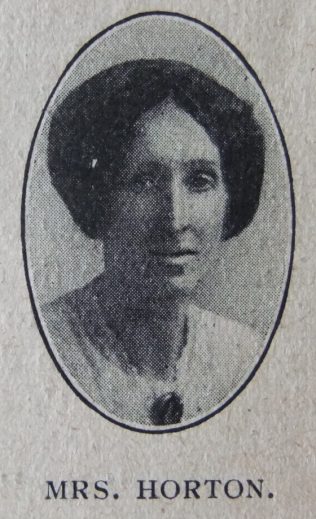 Samuel was born in 1857 at Prees, Shropshire.

Samuel’s first public work was as a chorister in the village church. The 1922 sketch in the PM magazine suggests singing was not his strongest asset for his retirement ‘was not long delayed.’ He was converted at the age of fourteen and soon afterwards called into the pulpit.

Early in life, Samuel moved to Manchester, from whence he entered the ministry, and where he learned much concerning the lot of toilers. There, Samuel received a commercial training in a cotton-broker’s office.

In his early years of ministry, Samuel flung himself into the work with utter abandon; fighting the drink; leading a crusade against the slums and fighting the battle for free education on the Tyneside School Board. Samuel was a pioneer in making the children’s address an integral part of the service and it was in those strenuous days that he first embarked on his literary adventures.

Then came a first taste of mission work. James Travis, then Missionary Secretary, called Samuel to London to take charge of the Balham Mission. Here Tooting was missioned and a new chapel built at Wimbledon.

Edinburgh was perhaps the greatest work of his ministerial life. There he started a movement for the saving of first offenders and opened a home for friendless girls

Samuel was President of Conference in 1921.

His latter years were spent in the Finsbury Park Circuit, where he continued to preach until within a year of his death at the age of ninety-two.

Samuel authored the following. The list below is not comprehensive!

Wheat and chaff. Sequel to Roses and thistles

Her bonnie pit laddie: a story of northern Methodism

Prince Charlie of the Canongate

‘To the rescue:’ being the life of William T. Streader, of Her Majesty’s Customs, 1898

The charm of the cross; a story for Christian endeavourers, 1903

For King or Parliament : the story of a Yorkshire Roundhead, 1909

The invisible shield and other parables, 1913

The harp with the broken string, 1940

Samuel died on 24 April 1949 at Bournemouth, Hampshire whilst on holiday.