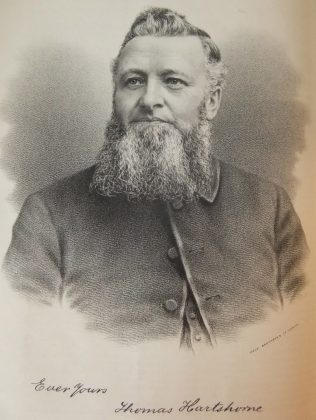 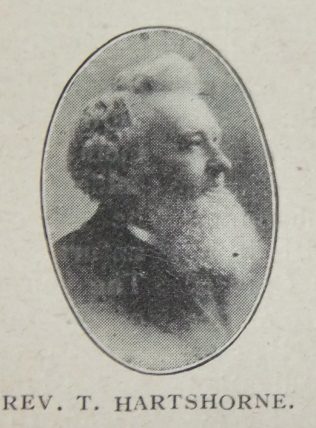 Thomas was born on 23 January 1835 at Thurmaston, Leicestershire.

Thomas was from a large family with little money. He was sent out to work at an early age. His father was a Wesleyan and Thomas and his siblings attended the Wesleyan Sunday School. The Sunday School Superintendent provided evening classes for the children, thus giving them a basic education.

Thomas was converted on 2 September 1851 at the Primitive Methodist chapel at Thurmaston. This experience encouraged Thomas to give himself to reading and further study. He was soon a local preacher.

His obituary records that Thomas was a man of method and a master of detail, by his rare business insight and aptitude, his enormous capacity for hard work, his patience, his courage, his rational optimism and his robust common-sense, he advanced the interests of his circuits to a surprising degree. He was able to face difficulties and shoulder burdens from which ordinary men would often shrink.

Nine chapels were erected under Thomas’s leadership. His pastoral duties were performed with conscientious regularity and care.

His best and greatest work was done in the pulpit and as a preacher. His preaching was of the practical, evangelical kind, solid rather than showy, sound to the core in the setting of the truth.

His wife was a fine preacher and an indefatigable worker.