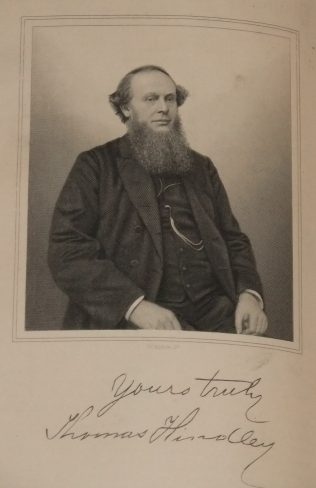 When Thomas was 7 the family moved to Lawton, nr Leigh. His parents were ‘church’ people and Thomas was a member of the choir. When he was 22, Thomas was converted through the efforts of David Tuton and Robert Kaye.

Thomas joined the Primitive Methodists at Lawton. Being full of zeal, holy fire, and consecrated love, he soon became useful, and gave evidence of intellectual power of no mean order. He became a class leader and local preacher.

His obituary records that Thomas was honest, true to his trust, loyal to the Connexion, attentive to small things, honourable to his successors; a strict disciplinarian, well read in the polity of the church; and an earnest, practical preacher; his integrity was unimpeachable, and we believe that his chief aim was the conversion of men and the building up of the Church of Christ.

H B Kendall, Origin and History of the PM Church, vol 2, p28