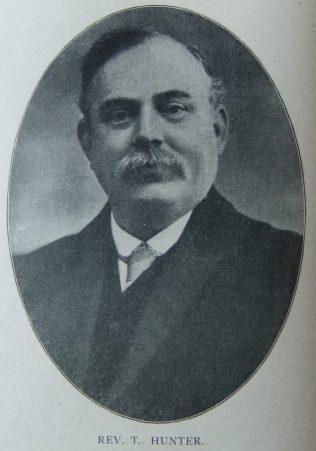 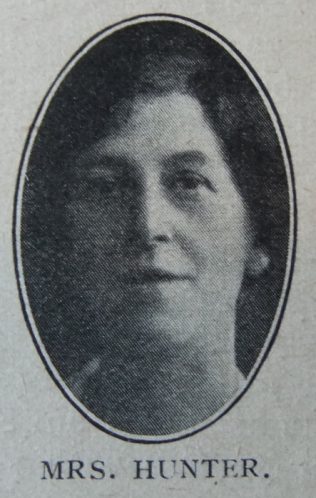 Thomas was born in 1874 at Seaham Harbour, Co Durham, to parents Robert Haswell Hunter and Elizabeth. Robert was a blacksmith.

The 1891 census identifies that Thomas was working as a book salesman.

Thomas gave himself to his Lord at the age of seventeen, having been brought up within the society at Tempest Place, Seaham Harbour. He was soon called to preach. Like many others, Thomas proved his powers for the ministry by a period as hired local preacher, first at Clapton under the Rev Thomas Jackson and then at Seaton Delaval.

After thirty-five years in the active ministry a breakdown in health caused Thomas to superannuate. The outbreak of war impelled him to do what he could, and he shared in pastoral work for a time with Rev A. E. Guile in the Darlington area. Later he moved to Benfleet, Essex, but his public work was ended.

His obituary records that though Thomas was a most capable superintendent and administrator, that is not the side of his work which would be most remembered. Personal suffering brought a fragrance and a sympathy which made him a gracious influence among the sick, the solitary, and the despondent. He exercised a ministry of comfort and hope. As the years unfolded, his ministry deepened. Men, normally suspicious of religious approaches, yielded to his unaffected brotherliness and obvious sympathy. His whole life was characterised by quiet fidelity to the faith he proclaimed.