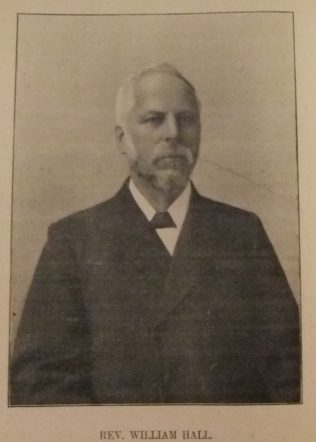 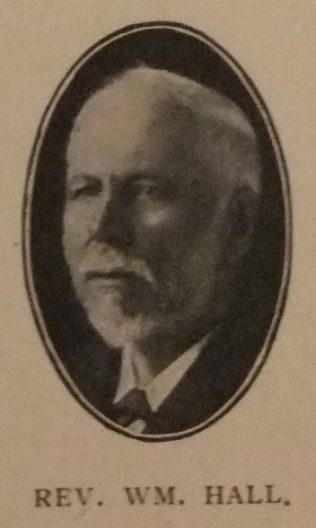 William was born on 25 December 1843 at Wellington, Shropshire to parents William and Rachel. William, senior, was a horse-keeper (1861). His parents attended the Wesleyan Chapel at New Street, Wellington and William was brought up attending the Sunday School.

William was converted in November 1861, at a Rivival Meeting conducted in a Mission Chapel. Following his conversion, William joined the PM Church in Wellington. William immediately had an urge to share his faith with others. He occasionally conducted short religious services for the workmen of the Shropshire Works for fifteen minutes from 6 a.m. in the morning. He also held prayer meetings and class meetings during breakfast and dinner hour. In his evenings he would conduct prayer meetings in cottages, or visit the sick, or invite people to attend the mid-week preaching services. He also started to study the scriptures, theology and church history.

William became a fully accredited local preacher in June 1865. He was accepted as a ministerial student by the Conference of 1867 and attended Elmfield College before entering circuit work.

His obituary records that on several occasions he was stationed to deal with difficult situations – he loved the difficult task, and was habituated to hard labour. His shrewdness and his tact, and his kindly heart proved equal to all emergencies. He was an earnest seeker after souls, and every side of Church life and work claimed his attention. Chapel building and legal matters were a delight to him.

Ten new chapels and three new schools he superintended – in every case labouring incessantly to raise funds, and not one of them was burdened by debt when he left the circuit.

His preaching was intensely practical, with a good voice and plain speech, he gave the fruits of earnest toil and through the medium of a strong personality, he appealed to heart and head, and won many converts.

In Whitchurch, William served on the Urban District Council and was a member of the Board of Guardians until his death.

William died on 23 May 1926 at Whitchurch, Shropshire.