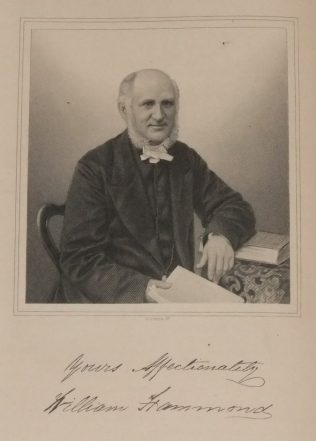 William was born on 31 December 1822 at Framlingham, Suffolk. His parents were members of the established church and William was brought up attending church.

Primitive Methodist missionaries arrived in Framlingham in 1840 and it was through them that William found the peace he had long desired. William joined the PM society in October 1840 and within three months was on the plan. Persecution arose, but he held his way. William was planned nearly every Sunday and often had to walk up to 30 miles to take his appointments.

In 1845, William was called to ministry. His business prospects were bright and it took three calls before he accepted.

His obituary records that preaching was his great joy. The atonement of Christ was the prominent subject of his preaching, but he was especially happy in describing ‘the saints everlasting rest’ and in comforting the suffering and sorrowing children of God.