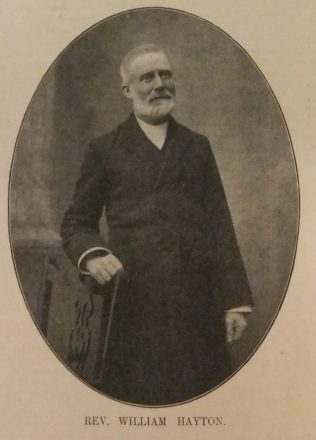 William was born on 24 December 1846 at Melbourne, Yorkshire to parents William and Sarah. William, senior, was a farmer.

William surrendered himself to the Saviour at the age of sixteen. Soon after his name appeared on the plan as a local preacher.

William served as District Secretary, and Secretary of the orphanage and Publishing Committees. He was also active in the work of the Free Church Councils.

William’s obituary records that preaching claimed his best efforts, for it was his joy to preach the good news to all. He fed his people with bread that cost him much labour.

As a pastor he excelled. His bright, cheerful manner made him welcome in the homes of the people. He had a wonderful memory and was full of sympathy for the weak and the suffering.