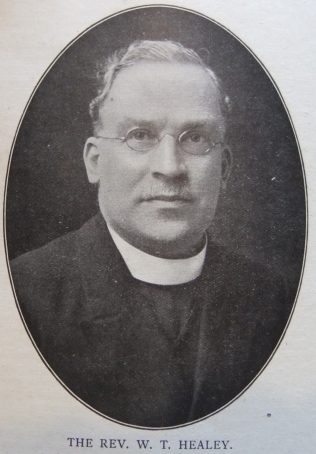 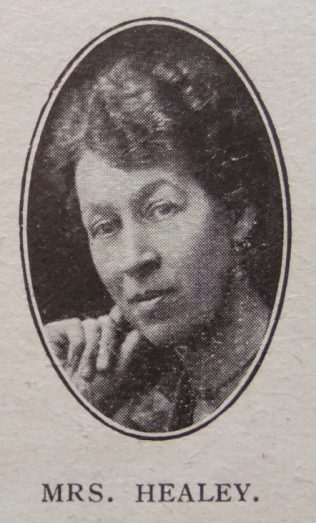 William was born in 1875 at Islington, London, to parents Thomas and Rebecca. Thomas worked as a potato porter (1881)

William worked as a salesman in Covent Garden Market before entering the ministry.

William was brought up within the PM Church and entered Hartley College in 1896.

William was particularly remembered in Luton and Bath where he spent almost half of his active ministry.

On retirement William returned to Bath where he served as chaplain at St Martin’s Hospital.

His obituary records that William was a faithful pastor, a tactful administrator and a preacher of quite exceptional ability. His sermons always showed signs of careful preparation, and were delivered with evangelical fervour. He had a very real religious experience, which sustained him throughout his ministry, and he was greatly loved by those who knew him.

Healey-WT (47 KB Adobe Acrobat document, opens in a new window)
Transcription of obituary published in the Minutes of Conference.