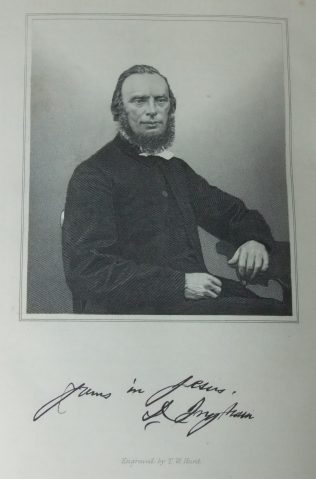 David was born on 2 April 1823 at Kirkburton, Yorkshire to parents James and Mary. His father had been an itinerant PM Preacher in 1821/22 and then had reverted to be a local preacher. David had a religious upbringing. He was converted aged 15 at Wakefield under the ministry of Rev J Featherstone. David’s father wanted him to enter Commerce and objected to the first few efforts to call David into the ministry. He eventually gave way.

David was particularly known for his abilities in leading prayer. As a preacher he was generally acceptable. He sought to be useful rather than popular.

David married Susanna Driffill (1821-1850) on 21 October 1847 in Hull. The marriage was conducted by John Bywater. Census returns identify one child.

David married Annice Nettleton (1829-1896) in the spring of 1851 at Doncaster. Annice was the younger sister of Jane. Census returns identify two children.

David died on 31 May 1881 at Swinefleet, Lincolnshire.