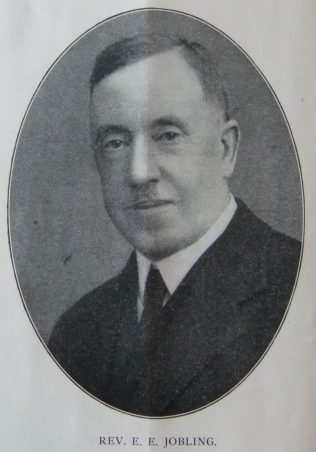 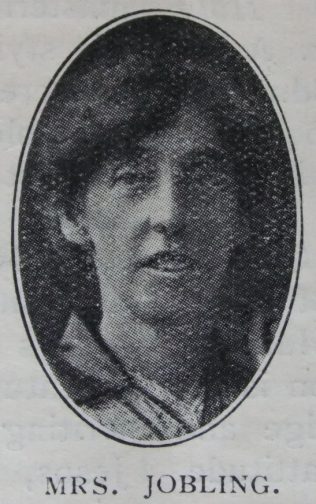 Edward was born on 16 February 1878 at Middlesbrough, Yorkshire, to parents Edward Jobling and Hannah Eades. Edward, senior, was a hardware merchant.

Edward spent his early days at Stockton-on-Tees. He was a scholar at Bowesfield Lane School. His father was Society Steward and Class leader at Bowesfield Lane. Business took Edward to Shotley Bridge for a brief period and it was there that he became a local preacher.

During World War 1, Edward acted as an orderly in a naval hospital. He was removed from Luton by Conference to Southend-on-Sea to undertake special work in that circuit.

His obituary records that throughout his ministry he was a faithful and devoted pastor. His wise and kindly understanding of people and their varied needs enabled him to help them with their tangle human problems. In the University cities of Sheffield and Hull, students were especially welcome in his home.

Edward’s sense of humour, his kindness and courtesy drew all types of people to him. He was keenly interested in philosophy, which was so evident in a glance at his bookshelves, in his preaching and in his sound judgement on critical matters. Yet his chief delight was to preach the Gospel and to that high purpose he gave himself with zeal and joy.

Edward spent his years of retirement at Willerby in the Hull circuit, where for several years, as an active supernumerary, he exercised a most gracious and effective ministry. In his later years his one regret was that, because of blindness, he could not read, for to read and talk about a good book had been one of the greatest joys of his life.